Apple released iOS 8.4 earlier this week, with a long list of software improvements, and the highly anticipated music streaming service, Apple Music. Now, Apple wants to make sure you know everything about the latest version of the mobile operating system, so it has released out an iBook version of the user guide for this specific software version, for iPhone, iPad, and iPod touch. 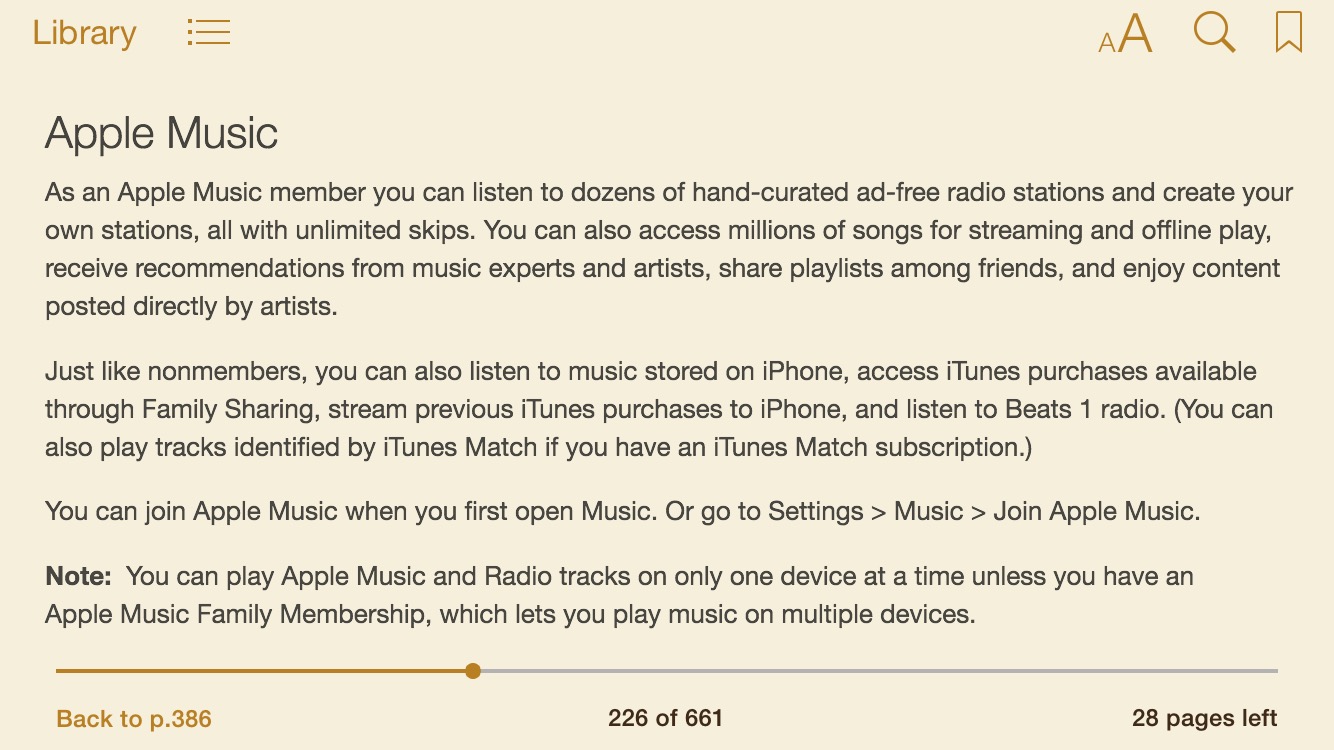 The lengthy iBook is the user guide for both hardware and software, so you don’t have to go through the whole book to get to know your iDevice. What you can do instead is to dig into the chapters that are of interest, such as the new Music app for example, as the book contains useful information about the revamped app.

To download the updated user guides for iPhone, iPad, and iPod touch, just click on the links below.

By the way, the guides are available for free.