The folks over at SquareTrade have recently put the latest Samsung Galaxy S10 smartphones through a series of drop tests in order to gauge their durability and sadly, the South Korean company’s flagship lineup does not seem to be any better than the previous models in terms of durability. 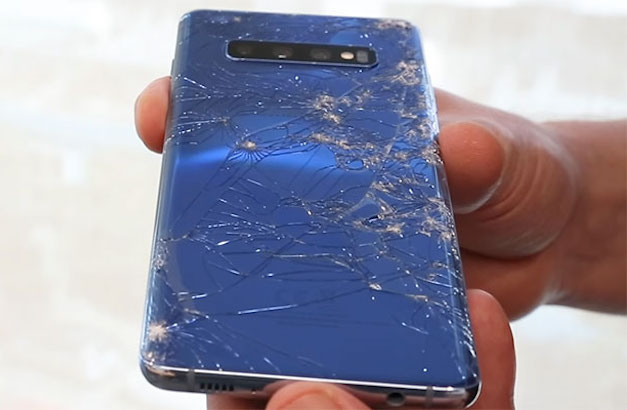 While the Galaxy S10 performed slightly better than the S10e and S10+ when dropped from six feet both face down and face up, all three devices were no match for the concrete and handled drops similar to their S9 predecessors.

All of the phones were damaged on their first drops, although the Galaxy S10 handled the tests better than the other two devices as it remained completely functional after being dropped on both its front and back.

The Galaxy S10e was the most susceptible, with its screen malfunctioning on the first face-down drop. On its first back-down drop, it suffered a shattered camera lens and its flash stopped working:

“The new Samsung Galaxy S10 phones are incredible, beautiful machines, but our tests found their new AMOLED screens are still prone to damage when dropped. One thing holds true—all-glass designs, no matter the cost of the phone or how sleek its profile, are highly susceptible to damage,” said Jason Siciliano, vice president, global creative director at SquareTrade.

Check out SquareTrade’s Galaxy S10 drop tests in the following video and share your thoughts in the comments section.

Apple has just shared a new support video on YouTube explaining how you can use SharePlay to listen to music and watch TV and movies with your friends while chatting about it in Messages. SharePlay, a feature that lets people share experiences right inside FaceTime on iOS and iPadOS, is now available via Messages as...
Usman Qureshi
21 mins ago