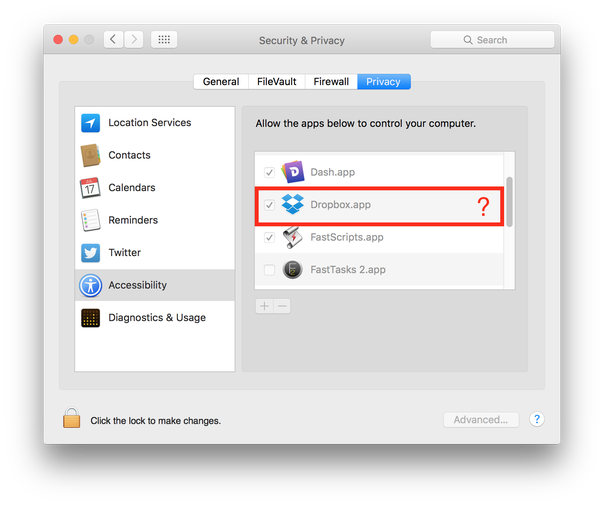 Concerns against the Dropbox client for Mac were raised after it was demonstrated that the app effectively had root access to the machine. In earlier version of the operating system, there was never a dialog box that asked the user if they want to grant the app that permission. In his blog post, Stokes said:

“Let’s assume for the sake of argument that Dropbox never does any evil on your computer. It remains the fact that the Dropbox process has that ability. And that means, if Dropbox itself has a bug in it, it’s possible an attacker could take control of your computer by hijacking flaws in Dropbox’s code.”

macOS Sierra was publicly released today as a free update on the Mac App Store.