Apple says that it is investigating a video showing an iPhone 7 Plus engulfed in smoke emitting from a large crack in the device that went viral this week. 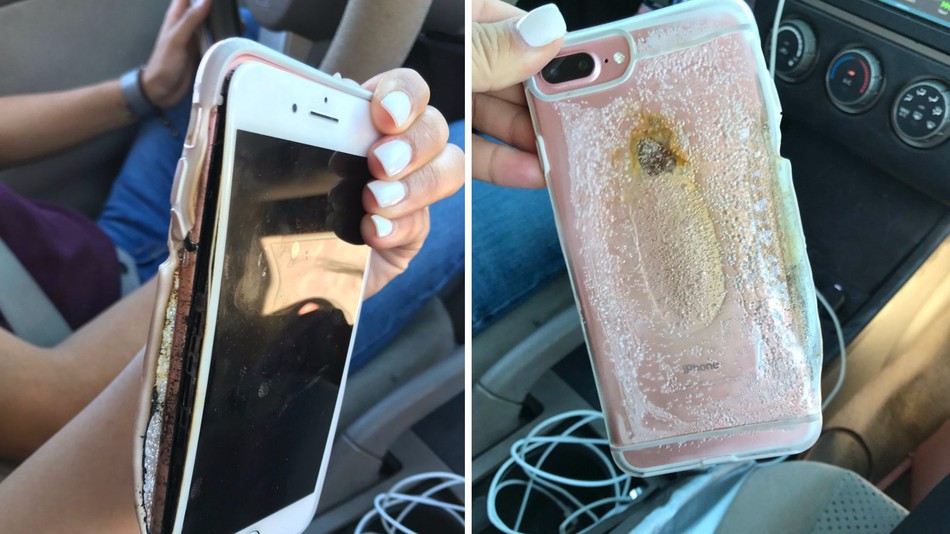 The doomed rose gold iPhone belonged to 18-year Brianna Olivas, cursing (understandably) while smoke rises from the melted remains of her phone. The video, taken by her boyfriend Wednesday morning, already has 25,000 retweets.

According to Olivas, the trouble began when her device wasn’t turning on. She then took the iPhone 7 Plus, which she bought in January, to an Apple Store where employees ran tests and told her everything was fine. The device was back to functioning normally. However, the very next morning, her phone caught fire.

“The next morning I was asleep with my phone charging next to my head, my boyfriend grabbed the phone and put in on the dresser,” she was reported by Mashable as saying.

So my IPhone 7 plus blew up this morning ???? was not even using it, literally no explanation for this pic.twitter.com/sQ8CJt4Y69

Olivas has returned the device to Apple and she says that the representatives have told her that they are conducting tests and expect to know more within a week.

“We are in touch with the customer and looking into it,” an Apple representative told Mashable.