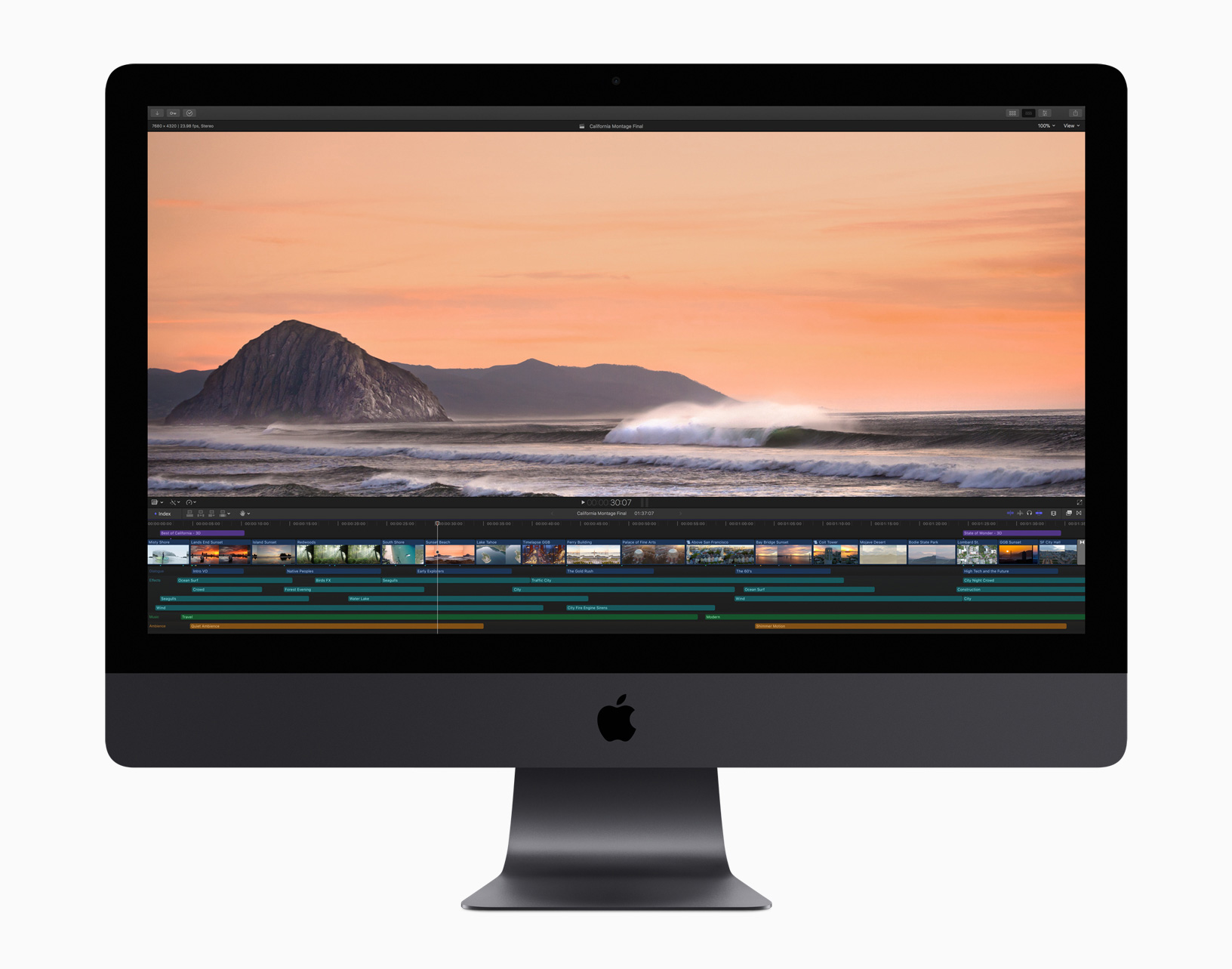 Final Cut Pro now lets editors create VR content with the ability to import, edit and deliver 360-degree video in real time through a connected HTC VIVE headset with SteamVR. Users can easily add 360-degree titles in 2D or 3D; apply blurs, glows and other immersive effects; and use visual controls to straighten horizons or remove camera rigs from videos. Apple says that standard photos and videos can also be added to VR projects.

Final Cut Pro’s new HDR support lets users produce video for the standard HDR10 format as well as HLG, which is mostly intended for broadcast. Users can hook up an HDR-capable display to view his or her results, or check the raw brightness values on a standard monitor.

Overall, Final Cut Pro X’s update adds a lot of functionality to the video editing program. With VR technology advancing and becoming more accessible to the average user, the capability for 360-degree VR editing with 8K quality uses the power of machines like the new iMac Pro to create beautiful and inspiring projects.

Check out the entire list of upgrades on Apple’s press release here.