August Smart Lock, an electronic lock that provides keyless entry into the home and takes advantage of Apple’s new HomeKit software for controlling connected devices in a house, is one of the first Apple HomeKit compatible devices to ship, Re/Code reports. The device, which debuted last year, allows people to unlock their doors using an iOS app instead of a key. 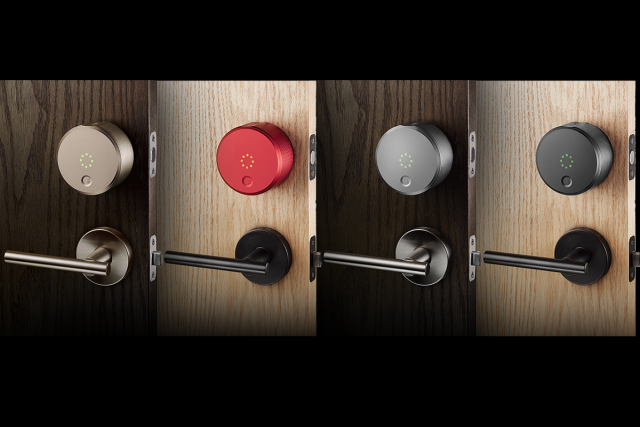 The Smart Lock basically replaces the interior portion of an existing deadbolt lock and opens whenever you, a house guest or the cleaner approaches with the right virtual key stored in the smartphone app. According to August’s co-founder and CEO Jason Johnson, he has spent the last year making sure that his electronic lock would work with any of the deadbolts sold at Sears, Home Depot or elsewhere.

“Instead of replacing locks on the door, we wanted it to work with existing locks and only install on the inside of the door,” Johnson said. “We had to buy hundreds of deadbolt locks … We went to many homes, studied the many shapes and types of deadbolt locks out there, and came up with a solution.” August intends to be fully compatible with HomeKit, the home automation software the Cupertino technology giant unveiled in June at its Worldwide Developers Conference in San Francisco.

August Smart Lock will start shipping in limited quantities this week; their introductory pre-order price of $199 has ended, as the new retail price of $249.99 is now in effect.