First iPhone 6 and iPhone 6 Plus Benchmarks Hit the Web

As we approach the official launch date of the iPhone 6 and iPhone 6 Plus, the first reviews have been published. While most of the reviews are positive, they skipped the tech specs and instead focused on the overall user experience. The Geekbench 3 benchmarks published by Mac Otakara aim to fill this gap.

The Japanese blog, which has been a reliable source of leaks for yet unreleased Apple products, has obtained two test units, a 4.7-inch iPhone 6 and a 5.5-inch iPhone 6 Plus, and ran the Geekbench app to test the performance of the new handsets in order to compare them to previous models of the iPhone. 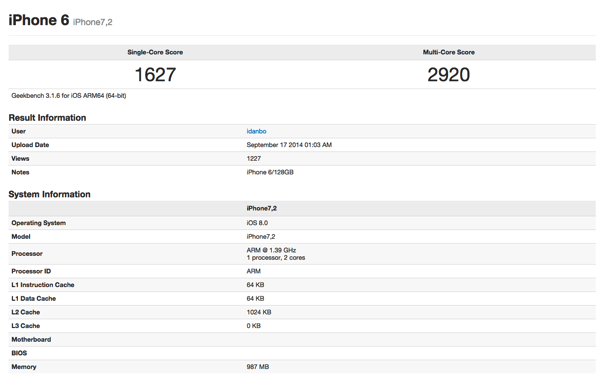 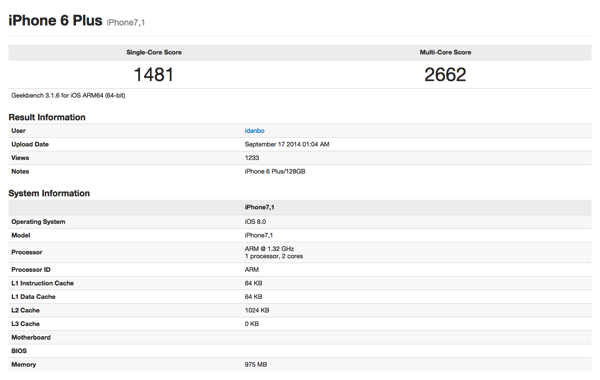 Mac Otakara uploaded the benchmark results to PrimateLabs’ website, and what captured our attention at first glance was that the two devices have different processor speeds: The iPhone 6 CPU is clocked higher than that of the iPhone 6 Plus. It it similar to what we’ve seen with the iPad Air and Retina iPad mini, but in reverse, at least according to Mac Otakara’s benchmark results.

You can check out the charts below: 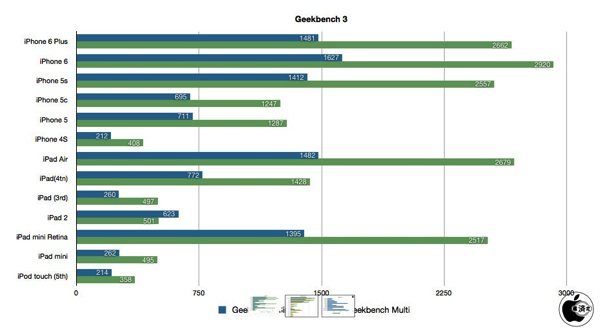 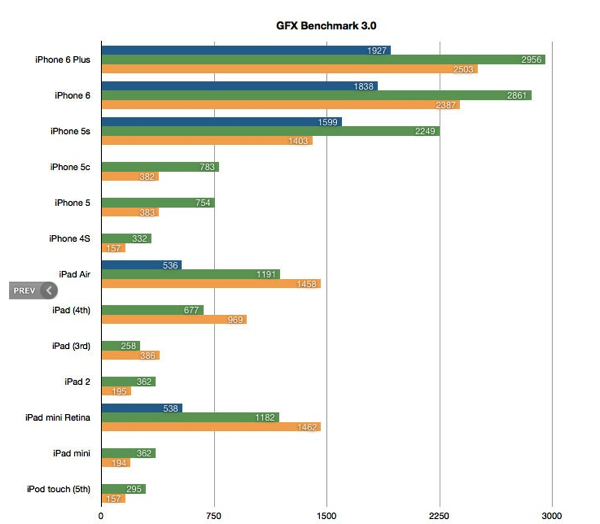 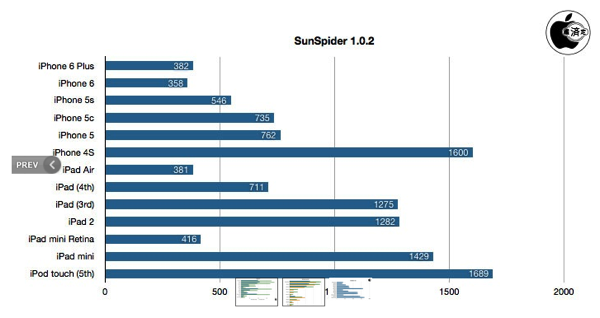 In Bare Feats‘ tests, however, things look completely different: The premium priced iPhone 6 Plus is faster than the iPhone 6.