Fitbit has just announced the Fitbit Versa, a smartwatch that’s light and elegantly styled but still packed with workout apps for the fitness-focused. 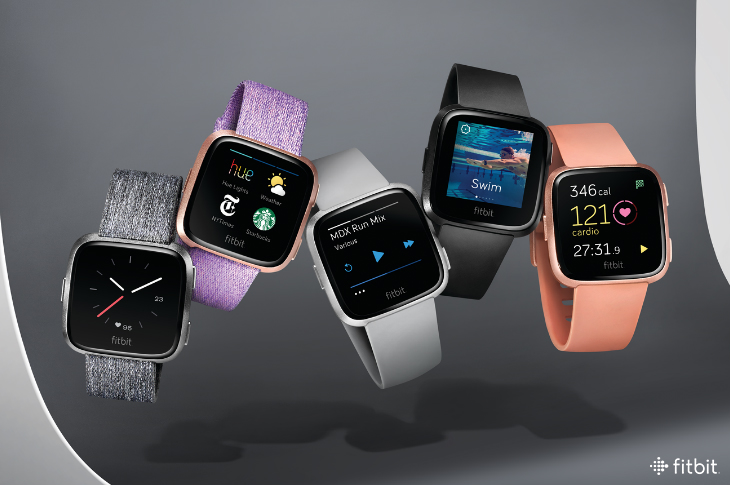 According to a new blog post from the company, the Versa is the company’s third attempt at a full-on smartwatch, and the company may have finally nailed a good design at a really good price. It’s fully compatible with all of the apps designed for its more expensive predecessor, the Fitbit Ionic, which debuted just five months ago.

“We’ve been panning our entry into smartwatches for a while,” Fitbit CEO James Park told Mashable. “We had always planned a portfolio of products. Ionic was just a first step.”

Like last year’s Fitbit Ionic, the Versa has three physical buttons on its sides and a 1.34-inch, 300 x 300 LCD touchscreen that together allow users to navigate Fitbit OS. Lack of GPS differentiates the Versa from the Ionic, as the new device has an optical heart-rate monitor, onboard storage for music, up to 50 meters of water resistance, and on-device coaching with Fitbit Coach like the company’s first smartwatch had. The Versa does have a connected GPS feature, though, meaning you can map outdoor activities when you’re bringing your smartphone along for the ride.

When it comes to its functionality, the Versa allows you to view alerts from your smartphone – this includes text messages, app notifications, phone calls, and calendar events, among others. For instance, text messages appeared at the top of the screen as a banner with the exact message and contact before disappearing from the display.

“Fitbit Versa [is] a modern, intuitive smartwatch at an approachable price,” reads the blog post. “The lightest metal smartwatch in the U.S. market, it offers a comfortable design and a new dashboard that simplifies how you access your health and fitness data. Advanced health and fitness features like 24/7 heart rate tracking, onscreen workouts, and automatic sleep stages tracking meet smart features like quick replies on Android, wallet-free payments on Fitbit Versa Special Edition, and on-device music – all with 4+ days battery life.”

The special editions of the Versa have NFC capabilities for Fitbit Pay in the US, but all Versa models sold in Asia will be able to use Fitbit Pay. The Versa works with Android, iOS, and Windows devices.

Fitbit Versa will cost $249.95 CAD for the black with a black aluminum case, gray with a silver aluminum case, and peach with a rose gold case, while The Fitbit Versa Special Editions – which include Fitbit Pay compatibility – are priced at $299.95 CAD. The Versa is currently available for pre-order on Fitbit’s site and with global availability starting in April.