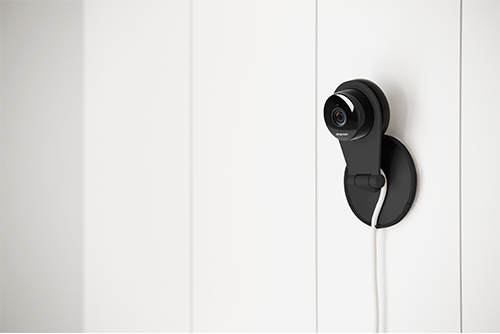 According to Re/code, Nest has acquired Dropcam without any assistance from Google. The company is set to incorporate Dropcam into the Nest brand. In an interview with Re/code, Nest co-founder and VP of engineering Matt Rogers said:

“The teams are very well-aligned and we love the product. We both think about the entire user experience from the unboxing on. We both care deeply about helping people stay connected with their homes when they’re not there.”

For those of you who are concerned about privacy, Rogers addressed this issue in his blog post:

Like Nest customer data, Dropcam will come under Nest’s privacy policy, which explains that data won’t be shared with anyone (including Google) without a customer’s permission. Nest has a paid-for business model and ads are not part of our strategy. In acquiring Dropcam, we’ll apply that same policy to Dropcam too.

When the deal closes, Nest will be taking over all of Dropcam’s customer support for all their products. Dropcam is known for selling cameras with a cloud recording solution that allows customers to record up to a month of video, which is stored online and can be played back from any device.

With the acquisition of Dropcam, Nest will be able to expand its home automation products beyond thermostats and smoke detectors. For example, Dropcam could help Nest build a home security system.

The news comes only four months after Google purchased Nest for $3.2 billion.

Apple has removed the vocals from its "Big and Bigger" advertisement for the iPhone 14 and iPhone 14 Plus (via Reddit). While Apple hasn't said what caused the move, it was likely a result of people mishearing lyrics in Idris Elba's Biggest, the song the spot is set to. In the post-chorus of the song...
Nehal Malik
32 mins ago