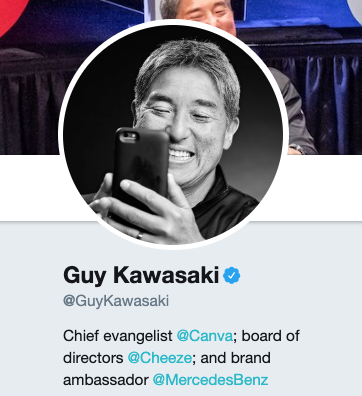 According to a new interview with former Apple marketing exec Guy Kawasaki, Apple has lost a bit of it’s “product innovation mojo,” but it’s much too early to count out the Cupertino company as it moves further into the services space.

“What’s the state of Apple’s innovation today? I want something that tugs at my heartstrings. Something that will make me wait like a fool outside an Apple store the night before it ships. People aren’t standing in line outside the Apple Store right now,” Kawasaki tells CNBC.

“We have our iPhones and iPads, and we know they will get better and better,” he continues. “But that’s not the test for Apple. People want Apple to create new categories, not just better and better versions of what they already have.”

Many Apple fans weren’t impressed with the recently-announced second-gen AirPods nor the new iPad mini, for example, as they were largely derivative upgrades of older product — they didn’t push the limits as many had hoped they would.

According to Kawasaki, the issue is “Apple has established such high expectations that few other companies can keep up with it — and it’s even difficult for Apple to top itself. This is a high-quality, though extremely difficult, problem.”

In light of Apple’s three new subscription services announced earlier this week — a TV service, a news service, and a gaming service — alongside an Apple-branded credit card, Kawasaki asks what type of company Apple is trying to be at this point in time.

In regards to the three new services and the credit card, Kawasaki sees potential in Apple’s services-based future.

Watch the worthwhile interview with Guy Kawasaki over at CNBC.