A new profile paints Apple’s VP of Services, Peter Stern, as a “no-nonsense” executive with Apple’s interests in mind. 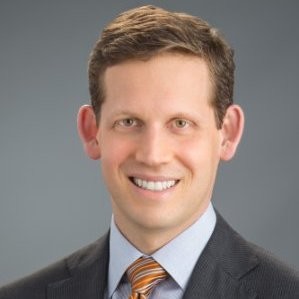 This week’s Apple keynote introduced a number of fresh faces in new presenters to Apple fans, including Peter Stern, the VP of Services in charge of rounding up partners for products like Apple News+ and Apple TV+. Having joined the Cupertino company in 2016, Stern is a relatively new arrival as far as execs go, but he’s someone that we’ll likely see a lot more of.

According to a new profile from Digiday, Stern has originally hired to manage Apple’s cloud-based subscription services, and early last year was put in charge of business operations for Apple’s now-important services unit. Since then, Stern has been busy making deals for the upcoming Apple TV+ video streaming service and Apple News+ news subscription service.

Previously, Stern spent nearly 15 years working at Time Warner, so he brings a wealth of knowledge and experience to Apple, successfully negotiating deals in which various broadcasters agreed to join Apple TV+.

“I’d list him as one of my favorite partnership contacts,” Cheddar CEO and founder Jon Steinberg told Digiday. “Smart, direct, fast, delivers on what he promises.”

However, he is also cast as someone who is unlikely to attempt to rescue the news industry. The article quotes a source saying “He’s a company man. Peter is not the type to take on the plight of the publishers.”

Gautam Mishra, the CEO of Inkl, a premium news subscription service, notes that: “He’s not trying to solve the long-term problems facing journalism. His view on this is that Apple has a firm view of how it wants to do things and what’s in the best interest of its customers. That takes primacy over things like sustainability, cannibalization.”

To be fair, this is a viewpoint that could be expected of any high-level corporate executive, including those at Apple.