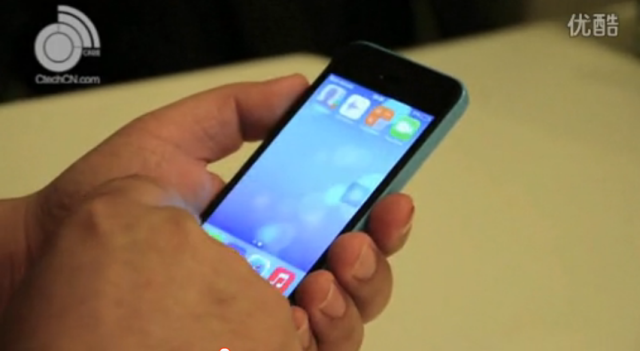 We’ve heard lots of rumours of the iPhone 5C, and we’ve seen tons of images of its rear shell. And blue is the colour (among others of course). Now it is about time to see it powered on in a HD video.

CTechCN, which posted a couple of iPhone 5C image leaks earlier, has managed to obtain the handset and immediately turned it on to show us the device in action. Before jumping into rushed conclusions, we have to consider that this easily could be an iPhone 5 with a blue case running iOS 7 beta.

The video shows the lock screen, the user browsing the apps, and finally launching the Safari app.

The iPhone 5C is widely expected to be unveiled tomorrow during the September 10 Apple event. The handset is said to resemble the iPhone 5 design, and feature a polycarbonate shell, targeting low- and mid-tier market.