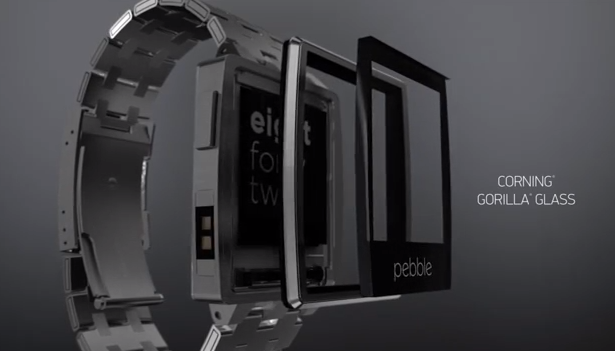 A year after the official launch of the Pebble smartwatch, the Silicon Valley startup has another surprise for its customers: the launch of Pebble Steel, the higher-end, stainless-steel and Gorilla Glass version of the original Pebble (via Re/Code). 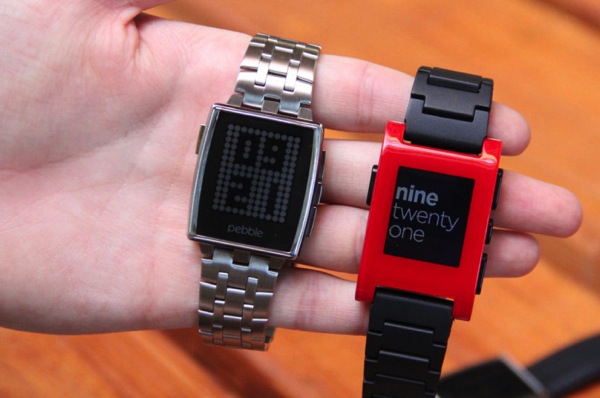 After selling 300,000 E-Ink smartwatches in a year, Eric Migicovsky, Pebble founder, is ready to take the smartwach experience to another level. The next generation watch, Pebble Steel, is less sporty than the original version and will come with swappable metal and leather bands in two versions: brushed stainless steel and matte black. 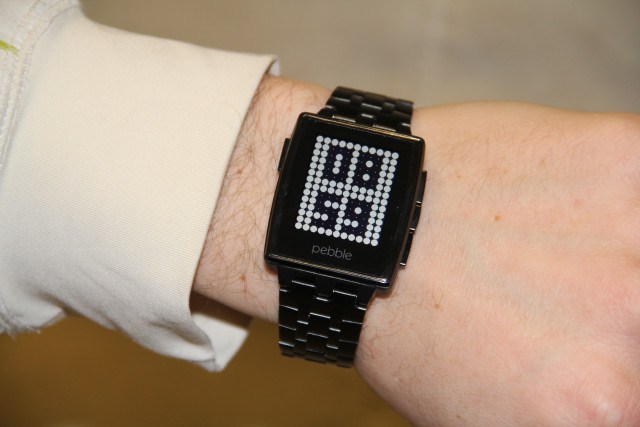 However, the higher-end Pebble Steel will cost a hundred dollar more than the original version: it will retail for $249 and will be available for shipping at the end of January (29th).

Otherwise, the higher-end Pebble smartwatch will perform everything the original version does. It will pair with your iPhone (or Android device) and run the same apps. It will also have the same battery life and is waterproof to 5 ATM.

Furthermore, Pebble is launching its own app store, which will feature optimized apps, such as Yelp, Foursquare, and GoPro.

After seeing the Pebble Steel seems like a more masculine looking smartwatch, and whoever liked the first generation will surely love this version as well. Is this something you would jump on?

Apple is currently on track to double iPhone exports from India by March 2023. This pace was first kickstarted in April and is continuing as India proves to be a major asset in Apple's diversification of its supply chain. In the five-month span since April, Apple has gone on to cross the $1 billion mark...
Steve Vegvari
6 hours ago