With the all new iOS 7 currently available to developers only, a number of Apple users are anxious to know which of the features from the latest and greatest iOS iteration will work on their iOS devices, once it goes public later this year. According to Apple, below is a list of iOS devices compatible with iOS 7:

But in our initial tests, we found out that the iPhone 4S and older devices do not support the AirDrop feature, neither do they support the new Camera Filters. In order to make things simpler to understand, The Apple Lounge has prepared a feature comparison chart (below), showing which of the features highlighted by Apple during the WWDC keynote are compatible by various iOS devices. 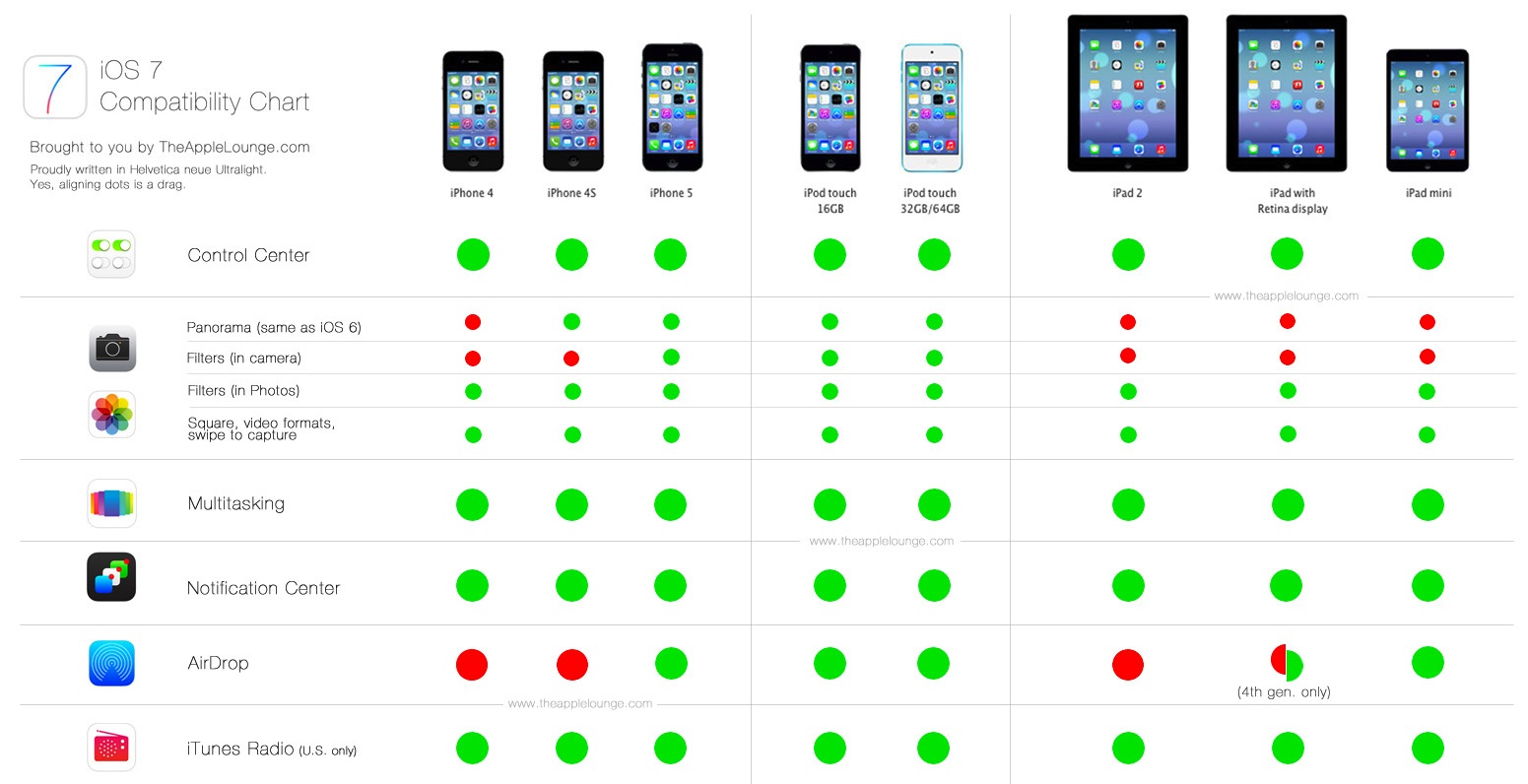 If you’ve tried the iOS 7 beta on your device and know of a feature missing in this chart which is not compatible with your device, don’t forget to share with us in the comments section.