Hidden Lightning Port Found on Apple Watch, Will Only Be Used For Internal Development

According to a new report from TechCrunch, the Apple Watch has a hidden Lightning port inside one of the channels where the watch band slips into place.

The port is currently being used by Apple engineers for development and testing purposes. The Lightning port will not be included on the version of the Apple Watch that ships to consumers, reports 9to5Mac.

TechCrunch’s Matthew Panzarino suggested that the Lightning port may be used in future generations of the Apple Watch, allowing Apple to create smart accessories for the device. For example, Panzarino says that the port could be used to interface with a “smart band” which could bring additional functionality to the Apple Watch. 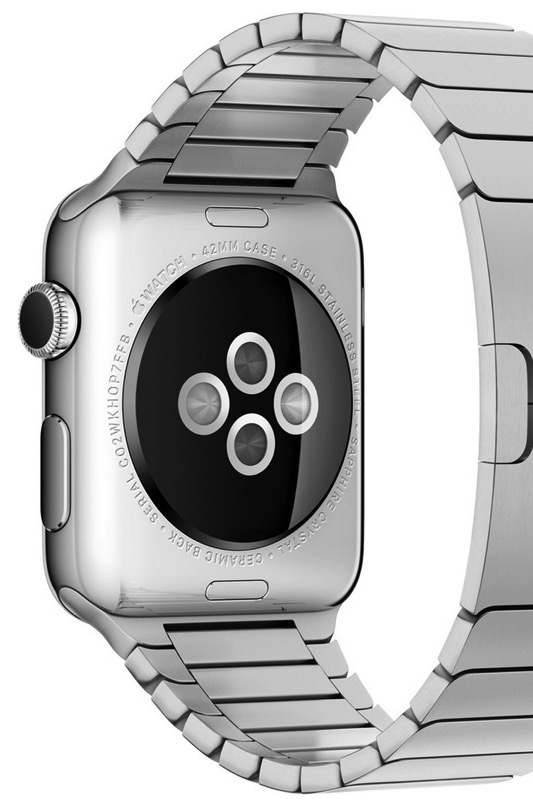 Panzarino is careful to note that he has no knowledge of any plans by Apple to launch such accessories but the idea remains an intriguing one. The smart bands could include additional sensors, external batteries, and more.

“The port has a 6-dot brass contact array inside the groove for the ‘bottom’ strap connector slot. Several sources have confirmed its existence and placement to me. It is very similar to the connector for the Lightning connector in iPhones, as that connector currently only uses 6 of its 8 available pins. Apple recently began opening up the Lightning port for use by third parties. A source says that this port is currently for diagnostic purposes only — but that there is nothing preventing it from being a connection port for future accessories.”