Yesterday, it was reported that digging through recently released Apple’s HomePod smart speaker firmware, developer Steve Troughton-Smith has successfully extracted a bezel-less ‘iPhone 8’ image and today, Avery Magnotti has uncovered some new details about the HomePod itself, revealing that the screen of the speaker used to display Siri’s multicolor LED waveform measures 272 x 340 (same resolution as the 38mm Apple Watch), and that it features 1GB of RAM (via MacRumors). 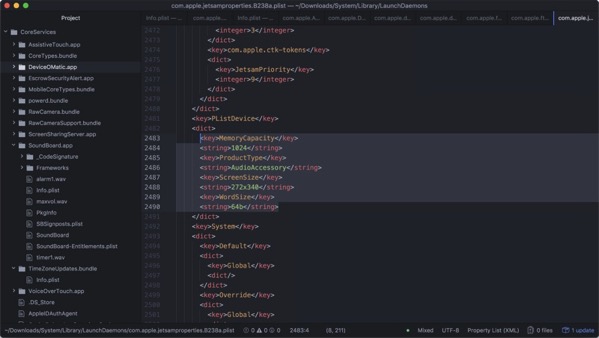 The display on top of the HomePod seamlessly blends in with the top of the device and is dedicated to making it clear when Siri is listening to a command, even though it also includes virtual buttons for activating Siri and controlling speaker volume. However, previous leaks have indicated that the screen may display other shapes or symbols, although its full functionality is unknown at this point..

“Along with the dimensions of the display, the information leaked today suggests the HomePod is equipped with 1GB RAM, equivalent to the amount of RAM in older iOS devices. HomePod also includes an A8 chip, and combined with the RAM, it’s more powerful than competing smart speakers, enabling features like spatial awareness, Siri interactivity, and impressive sound”.

The HomePod will go on sale later this year for $349 USD in the U.S. first, and Canada is expected to get the device later in 2018.