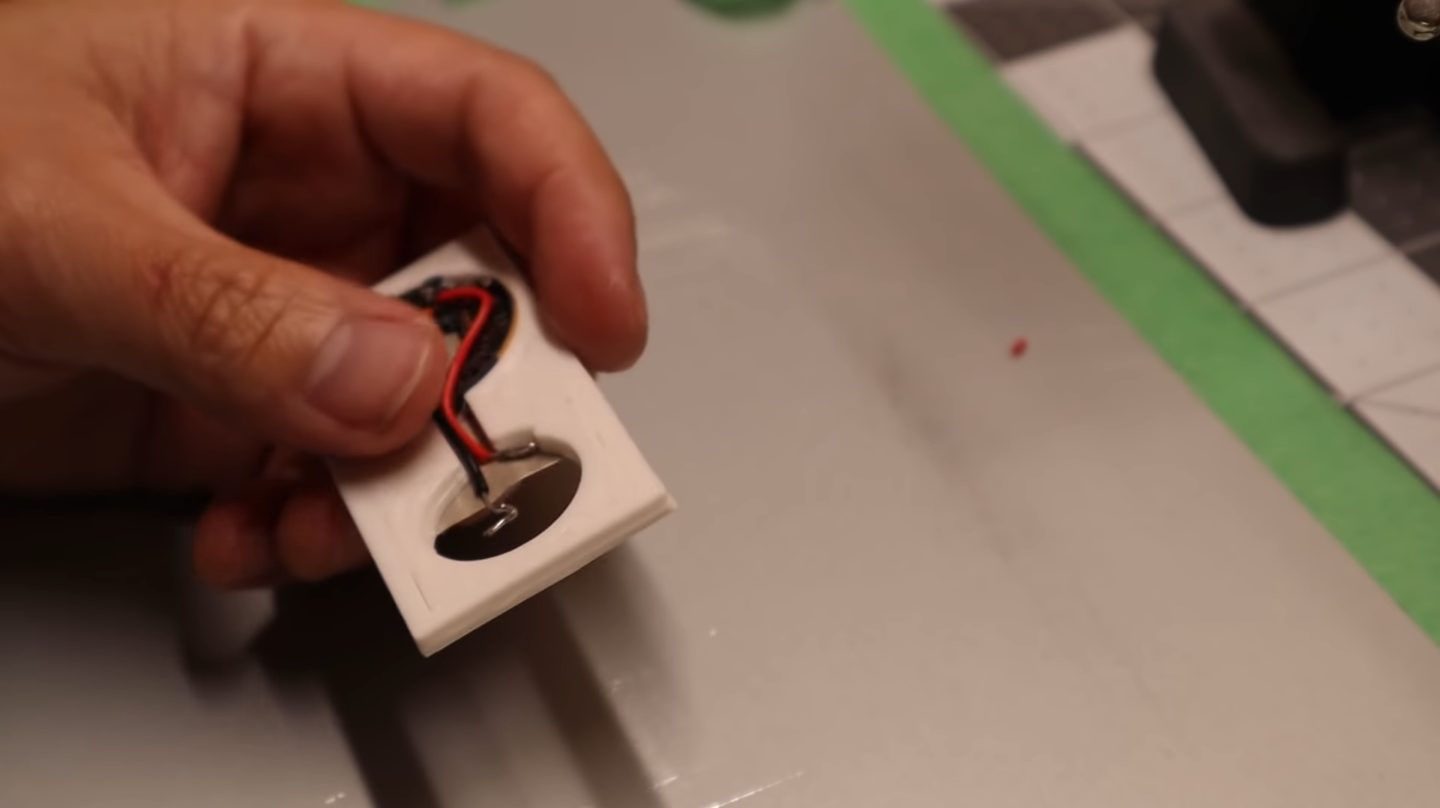 Anyone who’s seen Apple’s new AirTags knows they’re not the best shape to slip into your wallet without creating an unnecessary bulge. The Othello game piece-shaped devices are quite thick and not flat like those from competitor Tile.

Unfortunately, this isn’t a problem you can fix by spending money on a pricey accessory for the AirTag (or drilling a hole into them). No, you’ll need to get more creative than that.

Tech enthusiast Andrew Ngai, faced with this very problem, comes up with a somewhat viable solution in a recently published video on YouTube: transplanting the AirTag’s components into a more wallet-friendly, card-shaped body.

The majority of the AirTag’s thickness comes from the 3.2mm thick battery being stacked on top of the approximately 3.31mm thick PCB, and both being encased in a plastic body.

Ngai’s solution is to extract the PCB and battery, and put them side by side in a new, card-shaped body that’s only around 3.8mm thick and can easily fit into the average wallet.

After getting rid of some painfully persistent adhesive inside the AirTag, Ngai succeeded at extracting the device’s PCB without breaking anything. From there on, it was simply a matter of 3D printing an appropriate housing for the components and assembling the new modified AirTag.

As Ngai warns in the video, you should not attempt to replicate the mod unless you have a decent amount of experience working with tiny electronics and the right equipment for the job.

Since the AirTag essentially uses its plastic shell as a speaker driver, it should be noted that this mod results in the loss of any and all audio output from the device. Other (arguably more important) functionalities remain intact, however, allowing you to still locate your wallet if you lose it.