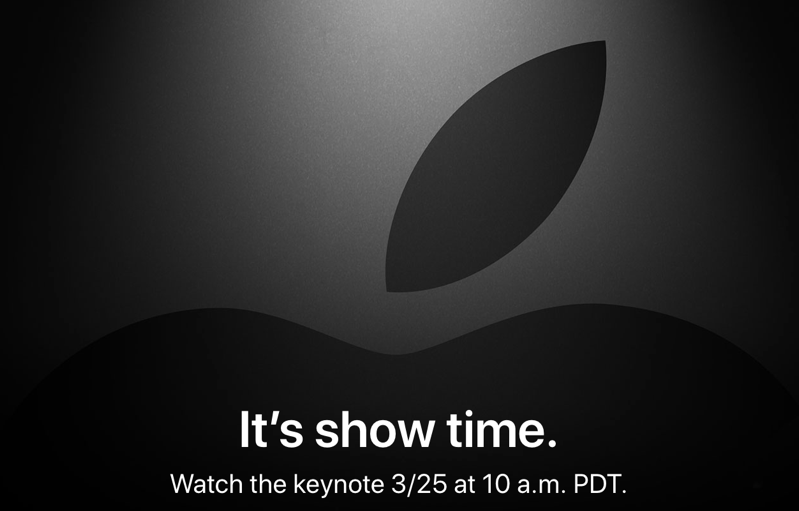 Apple will most likely focus on its rumoured video and news subscription service instead of hardware, as last week saw new iPads, iMacs and AirPods 2 with Wireless Charging Case released all via ‘quiet’ press releases.

Here’s what we can expect from Apple’s special event tomorrow, based on leaks from unnamed sources speaking to media outlets:

Apple is said to be paying its news publishers based on user engagement and time spent reading articles, a model which encourages high-quality articles versus ‘clickbait’ headlines, ensuring subscribers get

Also, maybe the company’s AirPower wireless charging mat will finally launch on Monday, now that the company owns the trademark. As for the rumoured iPod touch refresh? It is nowhere to be found.

While we have only heard about major U.S. cable networks and newspapers joining Apple’s subscription services, it remains to be seen how this will play out for Canadians.

With regional content rights in play, a Canadian version of Apple’s video subscription service—if even available—would probably include the likes of Bell Media’s Crave and other similar networks.

However, it remains to be seen whether these big Canadian telecom giants would want to play ball with Apple, and agree to let the iPhone maker take a cut of a bundled subscription service.

You can watch Apple’s March special event by visiting the live stream here—it’s already ‘live’ and teasing what is inside the Steve Jobs Theater.

Apple’s special event kicks off at 10AM PDT/1PM EDT on March 25th.

Requirements to view the live stream according to Apple: Safari on iOS 10 or later; a Mac using Safari on macOS Sierra 10.12 or later; or a PC using Windows 10 and Microsoft Edge. For recent versions of Chrome or Firefox with MSE, H.264, and AAC, you may be able to view the stream as well.