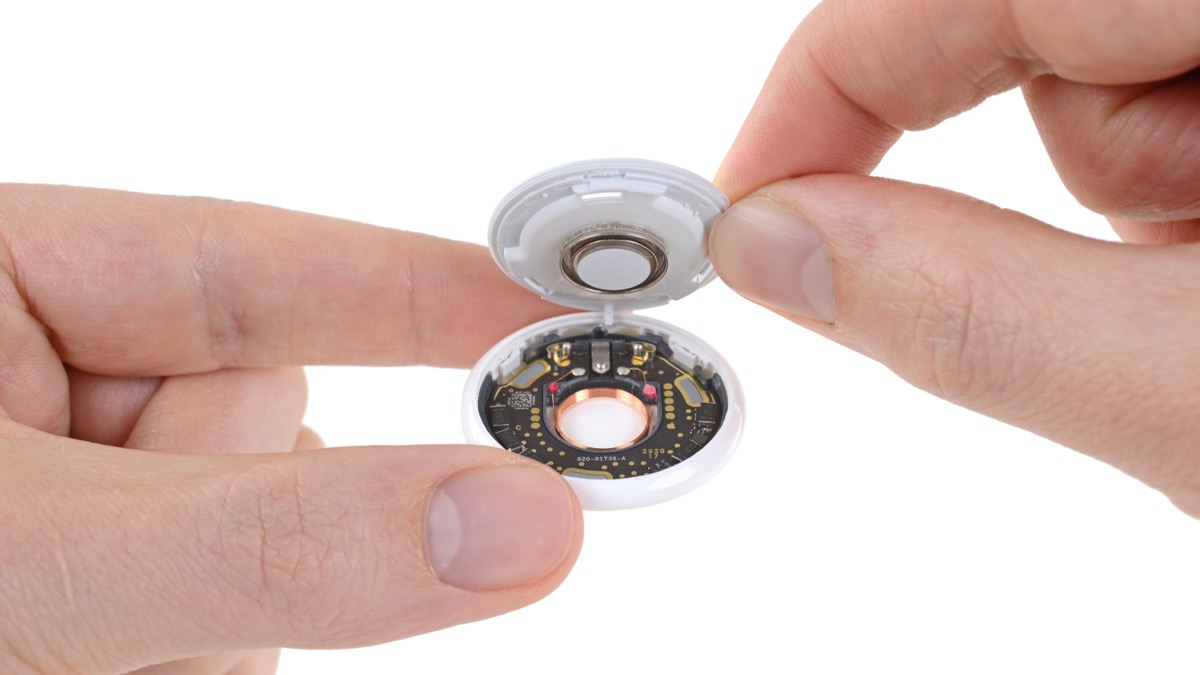 iFixit recently published part one of their AirTags teardown, comparing Apple’s offering to a Tile and a Samsung Galaxy SmartTag — on both the inside and outside.

The AirTags feature a user-replaceable battery, but that’s pretty much the extent of their user-friendliness. While both the Tile and AirTag have water and dust resistance certifications, the AirTags are harder to tear part (although not as hard as some other Apple products).

The AirTags are smaller than the competition, so Apple had to get crafty with the circuit board placement on the inside. While the Tile and SmartTag have their insides sprawled out leisurely, the AirTag’s silicon is laid out in a tight doughnut shape on the inside.

Sitting comfortably in that doughnut hole is a central speaker magnet that uses the AirTag’s shell as a diaphragm to produce clear, reasonably loud sounds.

The AirTags fail to do something that all of their competitors do out of the box — attach to a key-ring without pricey accessories that are sold separately. Wanting to remedy this, iFixit found a rather crude hack: drilling a key-ring sized hole into the AirTag itself, confirming what was confirmed before by an early owner. 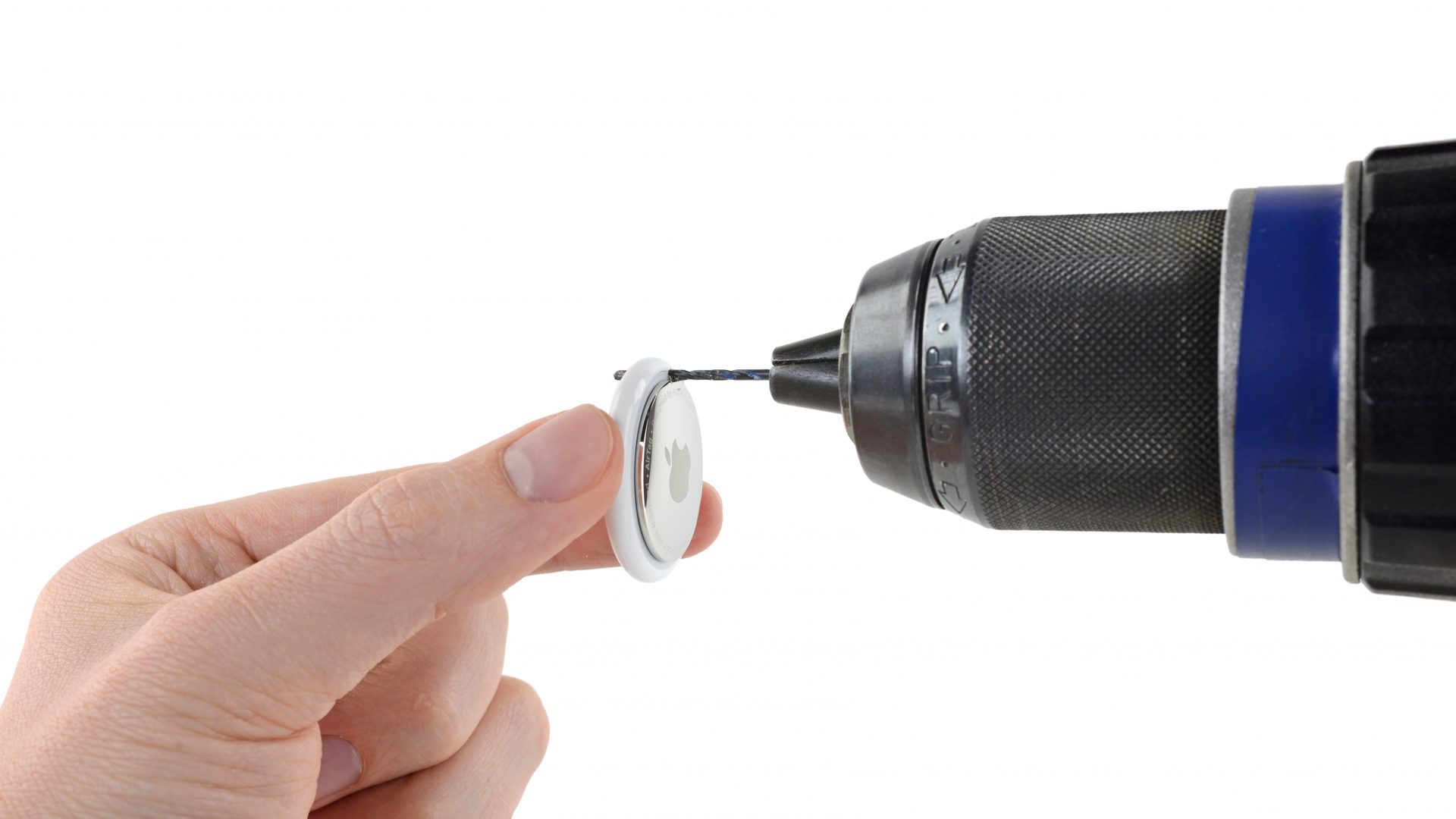 With some sleuthing, iFixit found three ‘safe’ spots in the AirTag’s already cramped body where drilling a hole would not damage the underlying PCB. These spots are located around the three clips that hold the puck-shaped device together.

It’s possible to drill a hole into the device without damaging these clips, but even if you hit one of them, the AirTag still works. Drilling into a safe spot won’t trash your AirTag and sound quality will remain unchanged, but it will nullify the device’s water resistance.

Click here to read our AirTags review and hands on with the Leather Key Ring and Loop accessories.

Apple, Google, Amazon, Meta, and Microsoft have all joined the University of Illinois (UIUC)'s Speech Accessibility Project to improve voice recognition algorithms for users with disabilities that affect speech and those with diverse speech patterns — reports Engadget. The tech giants are also joined by nonprofits like The Davis Phinney Foundation and Team Gleason in...
Nehal Malik
29 mins ago