Instagram is reportedly testing a new feature that will make it easier for users to follow others on the platform. 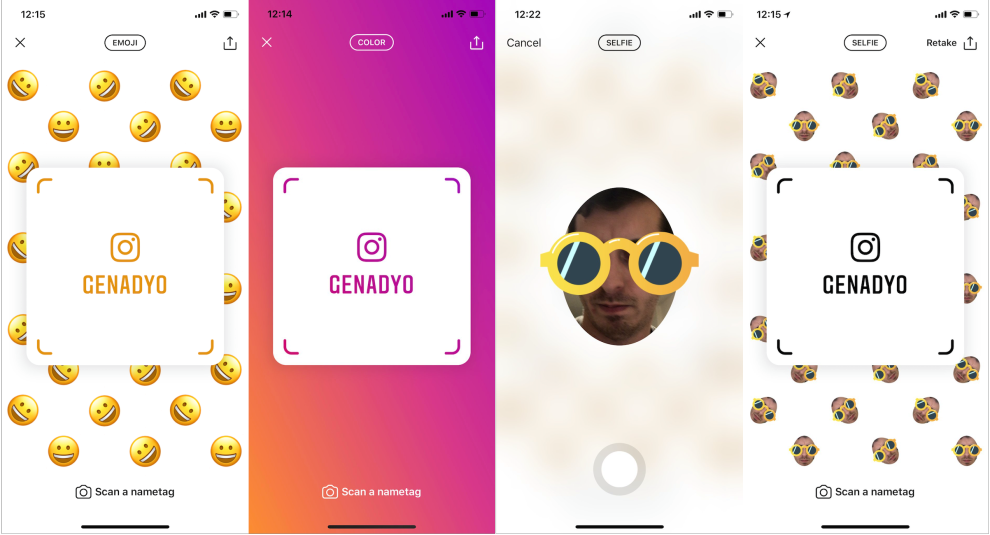 According to a new report from TechCrunch, the feature, called “Nametags,” is believed to work similarly to Snapchat’s Snapcodes, and lets users create a custom QR Code-like tag that others can scan with the built-in Instagram Stories camera to open, share or follow.

“An Instagram spokesperson confirmed to TechCrunch that it is testing the Nametags feature,” reads the report. “Instagram’s been spotted doing a flurry of feature development lately. TechCrunch has reported that code for an Instagram Video Calling feature was found in its Android APK. Meanwhile, it’s testing a Portrait mode feature called Focus.”

In Instagram’s case, the premise is the same where one would scan a Nametag to start following that user. This might come in handy for events where organizers can simply create a Nametag, print it out on a banner, poster, or merchandise, that users can just point their phones at in order to follow the event and stay updated about it.

Instagram’s implementation is arguably more visually appealing than Snachat‘s Snapcodes, packing a custom wallpaper, an Insta icon in a white box, and the profile owner’s username centered below that.

Like other experiments, there’s no certainty that this will become widely available. With that said, this seems more likely to ship than most.

Check out a demo of the Nametag feature in the video below.

Google today announced a major update for the Google Home app that brings a fresh new design, Matter integration, support for both Wear OS and the web, and plenty of new features. The company said it set out to reimagine Google Home because the number of average connected devices per user has gone up from...
Nehal Malik
17 mins ago