Apple leaker Evan Blass has just shared a screenshot of a leaked carrier marketing email on Twitter, which not only confirms 5G support for the upcoming ‘iPhone 12’ but also mentions a date Tuesday, October 20, confirming its October release as well the last date for pre-orders. 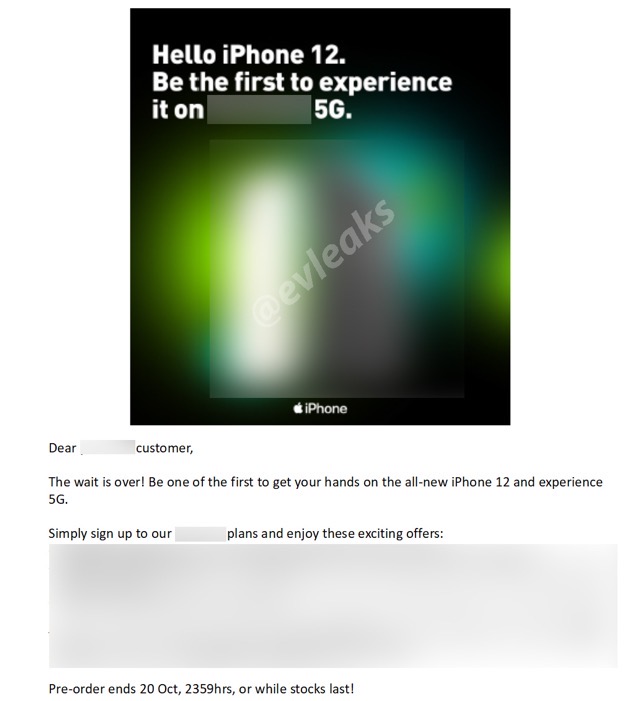 The leaked image also shows iPhone accessories, notably the Apple Watch Series 6, which has also not yet been officially announced by Apple. 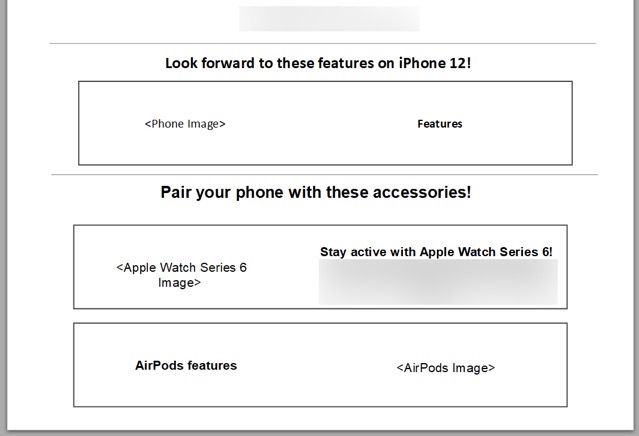 Apple is set to hold a virtual special event on September 15, 2020, where the company is expected to unveil a new Apple Watch but not the iPhone.