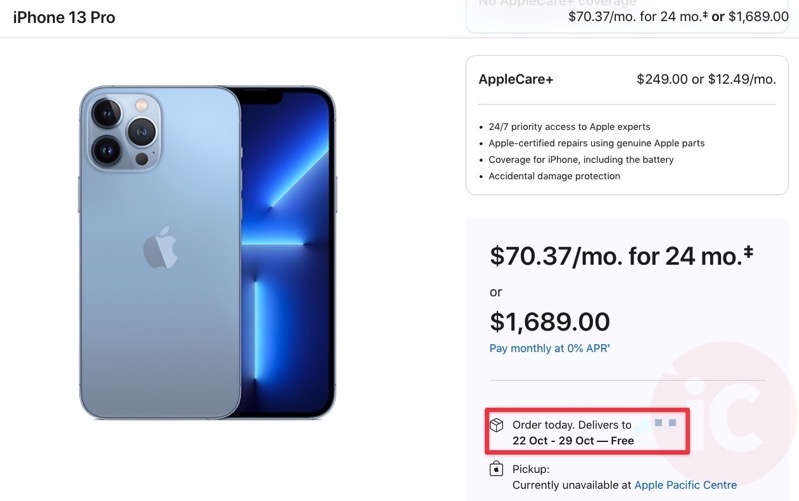 Apple launched its iPhone 13 and iPhone 13 Pro pre-orders in Canada today and beyond. The first pre-orders completed received a delivery date of September 24, the day of the new product launch next week.

But for those that may have hesitated (such as doing a double-take at the revised 24 month 0% APR financing), your order date likely slipped into early October. For those just waking up now, new iPhone 13 and iPhone 13 Pro pre-orders are showing delivery dates well into next month, showing October 22-29 for the iPhone 13 Pro Max 256GB in Sierra Blue.

While some customers are still dealing with Paybright’s website crapping out due to heavy launch traffic, any new iPhone 13 orders will see delivery dates pushed further back into next month.

Apple has Reserve and Pick Up available as an option, so you may want to also give that a try for an obscure iPhone 13 lineup configuration, to see if stock is still available for launch day next week.