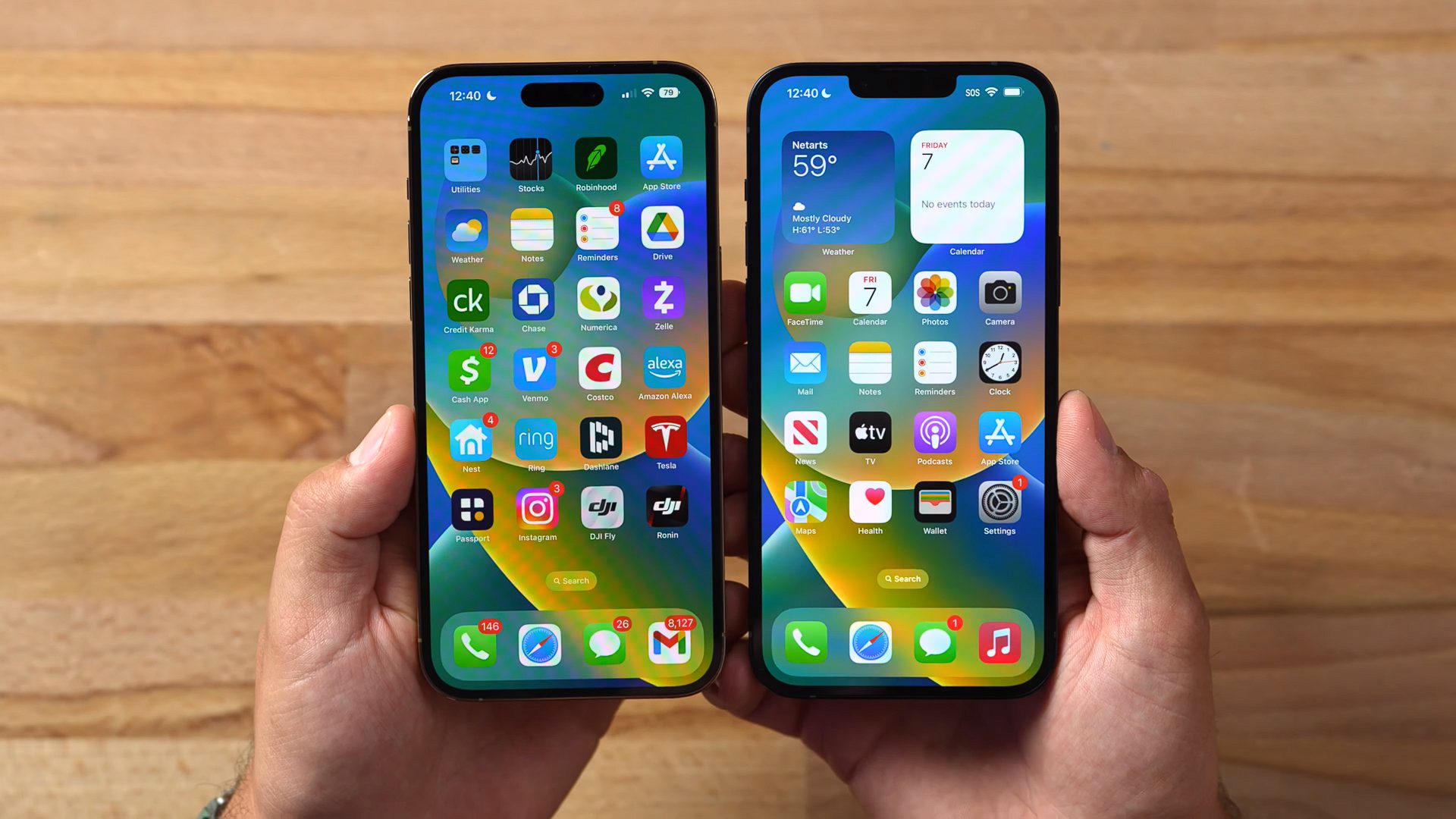 Apple on Friday launched the iPhone 14 Plus, rounding out this year’s lineup of iPhones and finally bringing a larger-screened option to a lower price point than its top-of-the-line offering.

In a recent video, YouTuber Max Tech compared the iPhone 14 Plus with the iPhone 14 Pro Max to see how the two 6.7-inch phones stack up against one another.

The iPhone 14 Plus’s display notch (and the Pro Max’s lack thereof) stares you right in the face when looking at the two phones side by side. Max Tech notably also found that iPhone 14 Plus heats up more than the more premium iPhone 14 Pro Max, among other things.

While the iPhone 14 Plus still sports a display notch, the Pro Max features Apple’s interactive new Dynamic Island. Which is the better option, however, appears to be a matter of personal preference.

The displays on the two phones appear pretty comparable in sharpness, contrast, and image reproduction, even though the iPhone 14 Pro Max is rated for higher brightness. iPhone 14 Pro Max also has slightly slimmer bezels.

The iPhone 14 Pro Max does have Apple’s 120Hz ProMotion display technology, and that alone may be worth the $300 CAD premium. iPhone 14 Plus unfortunately still comes with a 60Hz screen, and anyone who has tried a 120Hz screen on a phone knows the difference between the two is night and day.

Speakers sound almost identical on the two devices. That isn’t surprising, given their similar size for acoustics, but it’s good to see Apple didn’t cheap out on the speakers for the lower-end model.

The SoC is also a major differentiator between the two phones. iPhone 14 Pro Max is powered by Apple’s new A16 Bionic chip, while the iPhone 14 Plus has the same A15 SoC under its hood as last year’s iPhone 13 Pro Max. 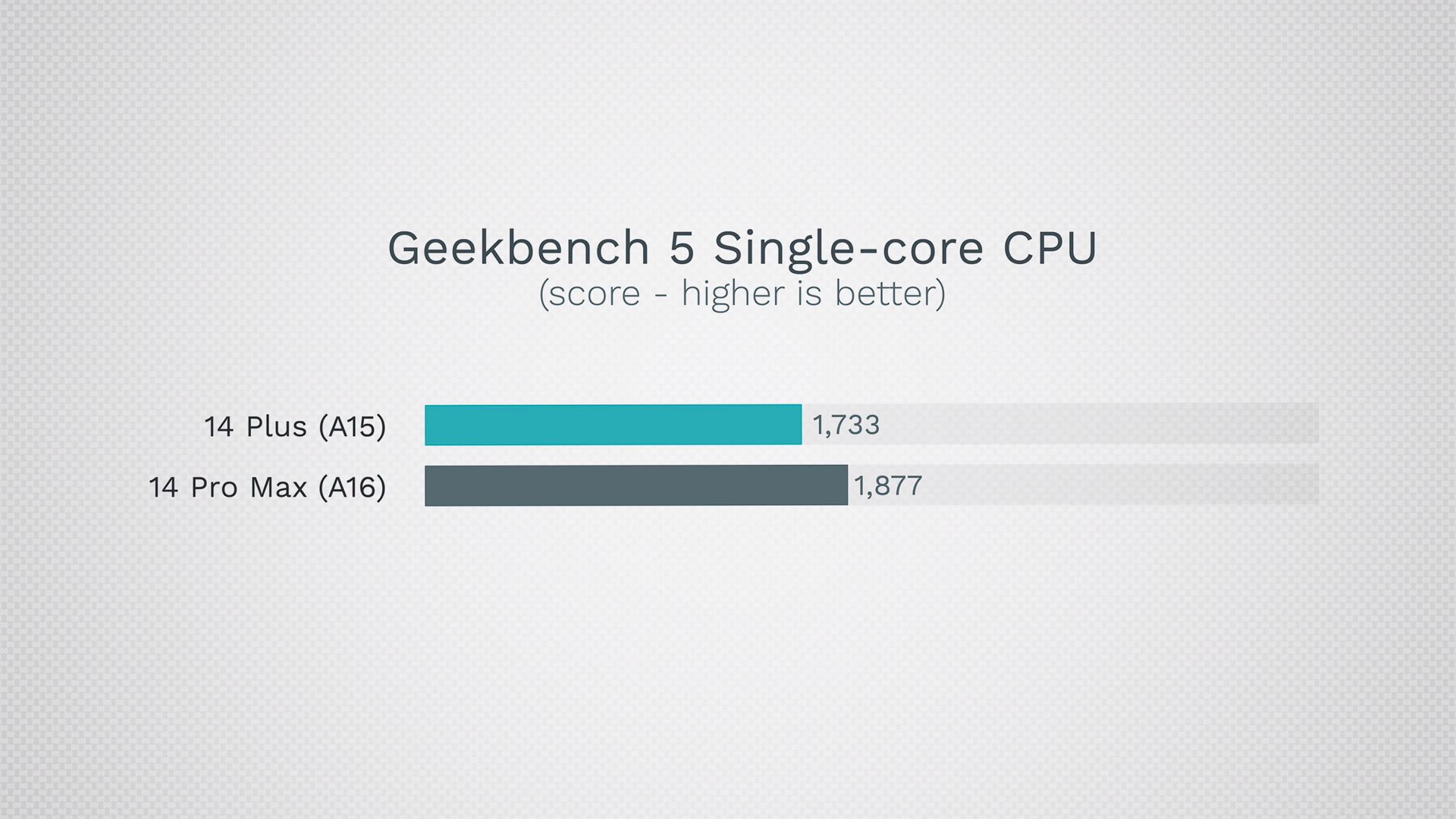 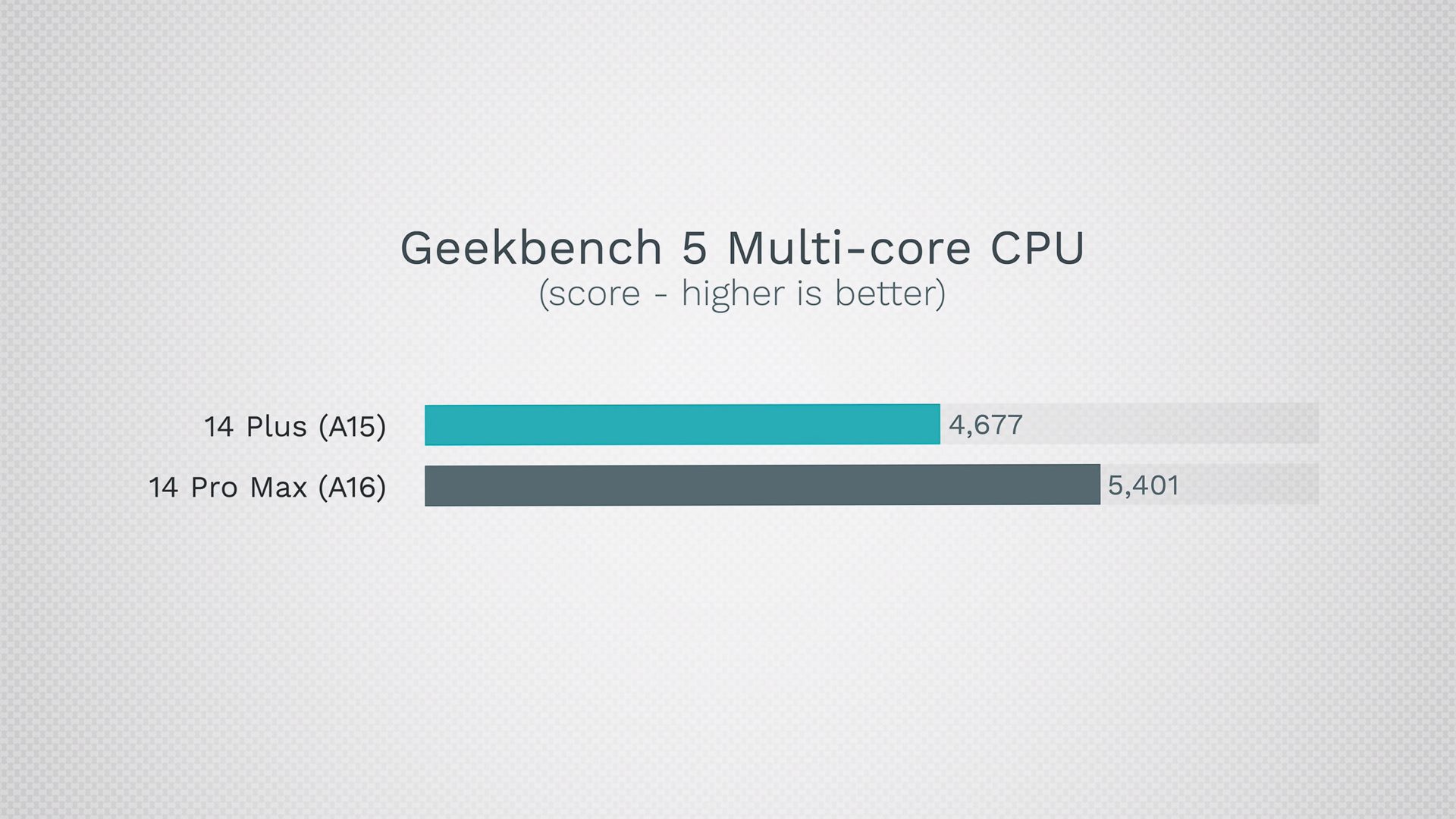 There’s a greater difference in graphics performance, though, with the A16 pulling ahead by about 25% in benchmarks. 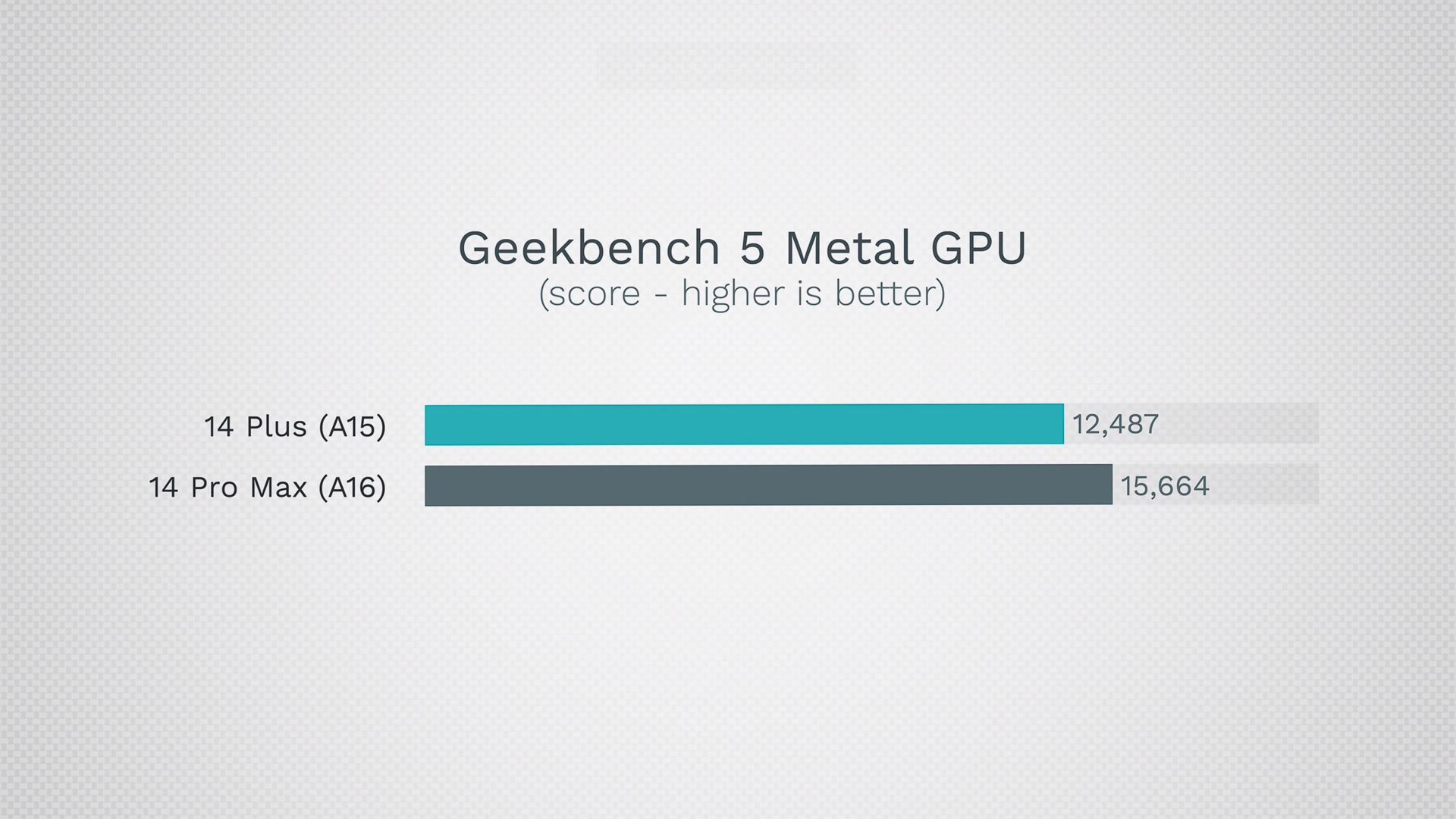 However, even that translated to a marginal, almost negligible difference while playing actual games.

The YouTuber did notice quicker display dimming due to thermal throttling on the iPhone 14 Pro Max, but the 14 Plus got slightly hotter and thermal throttled harder than the Pro Max.

As for cameras, this year’s Pro iPhones feature an upgraded camera system that the non-Pro models don’t get, and there’s a notable difference in image processing between the two models.

iPhone 14 Plus scores a noteworthy win in the battery department, offering more battery life thanks to its ever so slightly larger battery (4,325 mAh as compared to 4,323 mAh for the iPhone 14 Pro Max).

You can check out Max Tech‘s full comparison video below:

Click here to order your iPhone 14 Plus or iPhone 14 Pro Max today if you’ve decided which one’s the better fit for you.