iPhone 5S buyers will be able to choose from different screen sizes, claims Brian White, a Topeka analyst, after he met with Apple’s supply chain representatives while on a seven-day tour of China and Taiwan (via CNET). 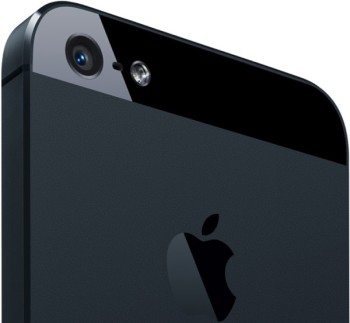 His note to investors comes at the height of his earlier iRing prediction, but this time he focused on the iPhone.

“After our meeting with a tech-supply chain company, we walked away with the view that Apple will release the iPhone 5S in at least two screen sizes this summer and possibly three,” says White. He’s on the seventh day of a tour of technology suppliers in China and Taiwan.

From what we’ve heard so far, the iPhone 5S will follow Apple’s pattern and will feature a bump in performance, but no major improvements. Unless we consider the fingerprint sensor rumours and KGI Research analysts Ming-Chi Kuo’s predictions.

Apple has faced some criticism for not making the iPhone’s screen size bigger, as for some users the 4-inch screen seems tiny, especially if we compare it with the Samsung Galaxy Note 2, which features a 5.5-inch display.

“Essentially, we believe Apple is coming around to the fact that one size per iPhone release does not work for everyone and offering consumers an option has the potential to expand the Company’s market share,” writes White.

However, there are multiple screen sizes available right now: buyers can choose between the screen size of the iPhone 4(4S) and iPhone 5, and three screen resolution: iPhone 3GS, iPhone 4&4S, iPhone 5. And considering that we have two iPad screen sizes and three different MacBook screen sizes, the multiple display option for iPhone isn’t such a distant idea from Apple as some of us may think.

An important aspect, though, could be the release of the cheaper iPhone, which is rumoured to be going to sport the same display size as the iPhone 5. But the final product could bring the surprise of a different screen size or maybe one familiar display size.