Phone 6/6s Accounts for Nearly Two-Thirds of iPhones in the US: CIRP

The iPhone 6s and 6s Plus officially launched on September 25, and Apple sold 4 million units in the US alone by the end of September, according to Consumer Intelligence Research Partners’s latest research on the installed base of iPhones in the country.

It is worth adding that after surveying roughly 500 customers who purchased Apple products in the preceding quarter, CIRP found that there were already 101 million iPhones in use in the US as of the end of September 2015. 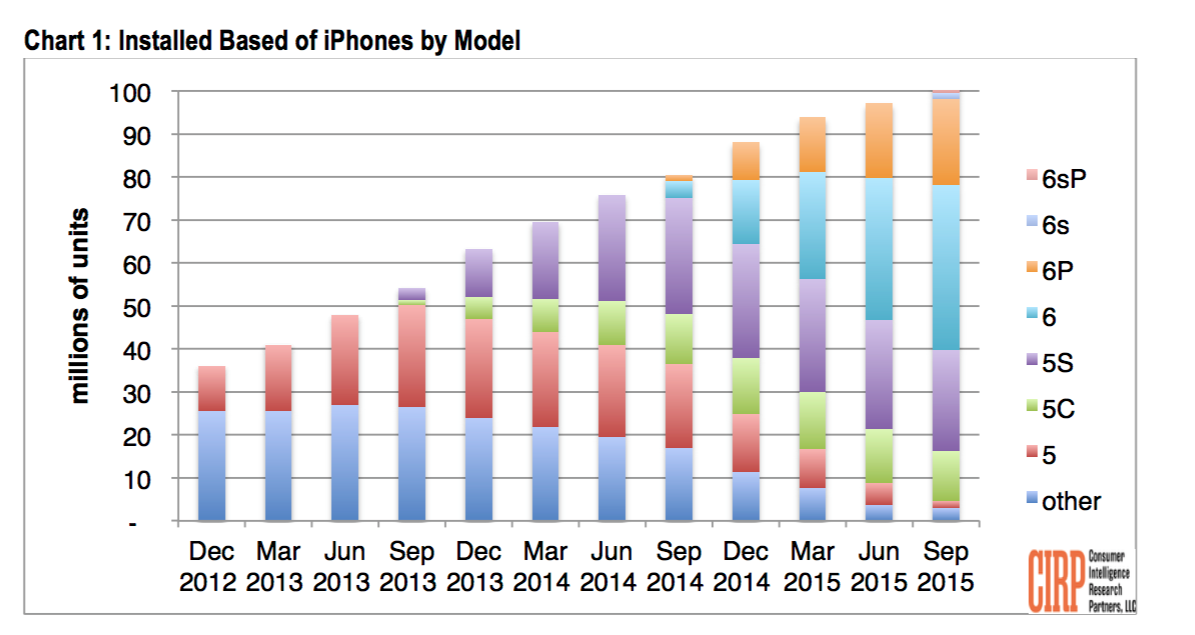 Of those, 62 million are iPhone 6/6s and 6/6s Plus units, and the rest are earlier models — think iPhone 5s, 5c, and 5 mostly. The year-old iPhone 6 and its bigger brother, the 6 Plus, account for 58 million iPhones currently in use.

“The analysis shows the continued strength of the iPhone 6 and 6 Plus, now one year old,” said Mike Levin, Partner and Co-Founder of CIRP. “We estimate a combined 60 million of these flagship phones sold in the US from the September 2014 launch through September 30, 2015. For comparison, the iPhone 5S sold about 28 million in the same period in 2013-2014. With only a weekend of availability in the quarter, we estimate 4 million of the new iPhone 6s and 6s Plus sold in the US.”

CIRP estimates that the iPhone installed base has grown on average 8% per quarter for the past eight quarters, but it grew only 4% in the September 2015 quarter, compared to the 6% a year earlier.