Following a sketchy iPhone 6 case mock-up yesterday, Mobilefun (via Nowhereelse) has spotted some interesting images that claim to show the cases for both forthcoming iPhone 6 models. While the images show no measurements, on the right is the case for a 4.7-inch-display iPhone 6, while on the left you can see a significantly bigger case for an iPhone with a 5.7-inch display. 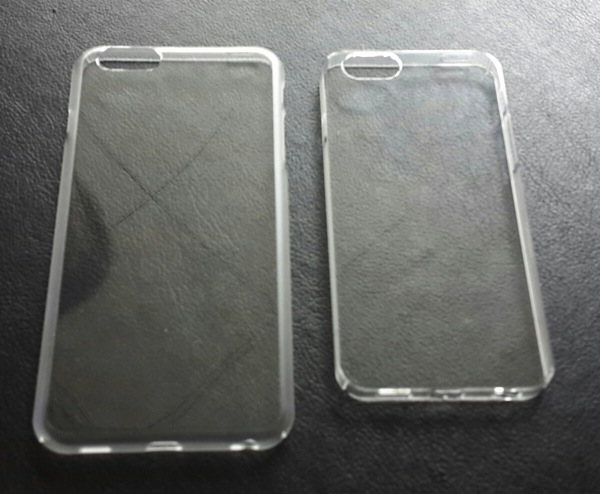 It looks like the rumour mill doesn’t agree on the iPhablet display size after all: we find it interesting that although recent reports talked about a 5.5 inch display, the 5.7-inch display rumours keep surfacing.

In fact, the cases seem to be based on the leaked design drawings, although this part is not entirely clear. What captures the attention, though, is their consistency with the drawings.

The pictures show holes for buttons on the left and on the top edge of the case, with the latter supposedly being for the power button. This is in line with Ming-Chi Kuo’s predictions that Apple would relocate the power button for the first time, moving it from the top-left to the top-right of the case.

The purpose of the second cutout highlighted by French site Nowhereelse is yet unknown, but it also features in the design drawings.