Another day, and yet another alleged iPhone 6 ‘leak’, this time again coming from Apple.club.tw (as posted by Weibo user GeekBar), which has posted an image of what appears to be the logic board for the next iPhone, appearing assembled with various parts, covered by the EMI shields. 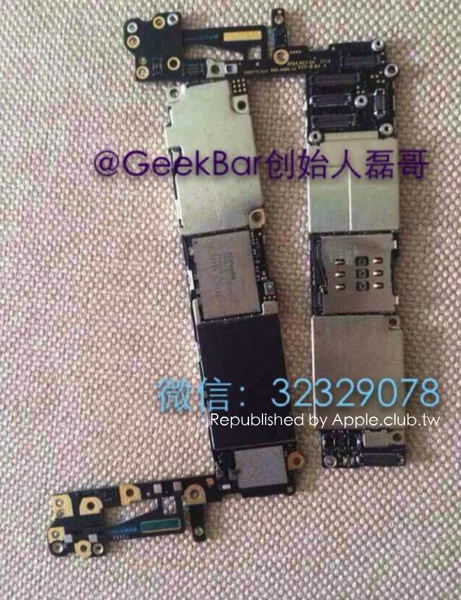 Based on a previous iPhone 5s logic board teardowns, the back side piece showing the square-ish metal EMI shield should be housing what many suspect would be the A8 processor, while the bottom half again could house cellular modem chips from Qualcomm.

Apple is expected to announce the iPhone 6 on September 9. The countdown is on, folks!