Yesterday, for the second time, iPhone 6 production details were leaked directly from Apple’s assembly partner, Foxconn. A new photo shared by Nowhereelse claims to shed light on the size of the body the mold would hold, with the help of an iPhone 4S handset placed near the mold. 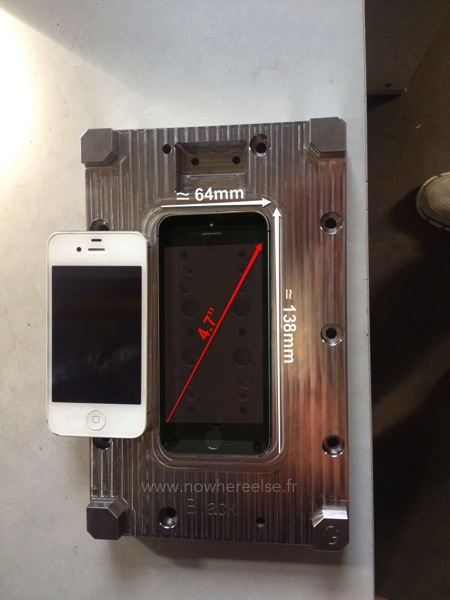 According to their hypothetical calculations, the leaked mold would yield an iPhone with a 4.7-inch display, which is in line with previous rumours about the smaller-sized, bigger-screen iPhone 6.

And now comes the twist: assuming that this theoretical measurement is correct, the measures the diagonal of the screen and they obtained 12 cm, which is exactly 4.72 inches, as rumoured.