The testing of iPhone 6 units is at a very advanced stage, if we can believe the Korean blog Joseibo (via GforGames), which today posted images of a fully functional iPhone 6 unit. We assume it is the 4.7-inch version.

The leak comes shortly after we saw the rear shell of the iPhone 6. A few things that captured our attention, though: the shape of the unit is in line with the previous rumours, the dummies we’ve seen. 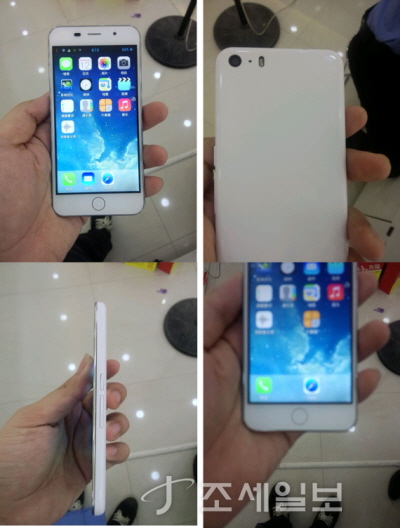 There are a few changes, though: the flash doesn’t match the one seen yesterday but is instead similar to the true-tone, dual-LED flash seen on the iPhone 5s.

Furthermore, while the rumours have talked about a possible power button relocation, as you can see from the image above, the location differs from the ones seen before. This time, both the power and volume buttons can be found around the mid-portion of the device.

As you can see from the above image, the alleged iPhone is running iOS 7. We must note, though, that the device is missing an important component: the Apple logo, so the leak should be taken with a grain of salt.