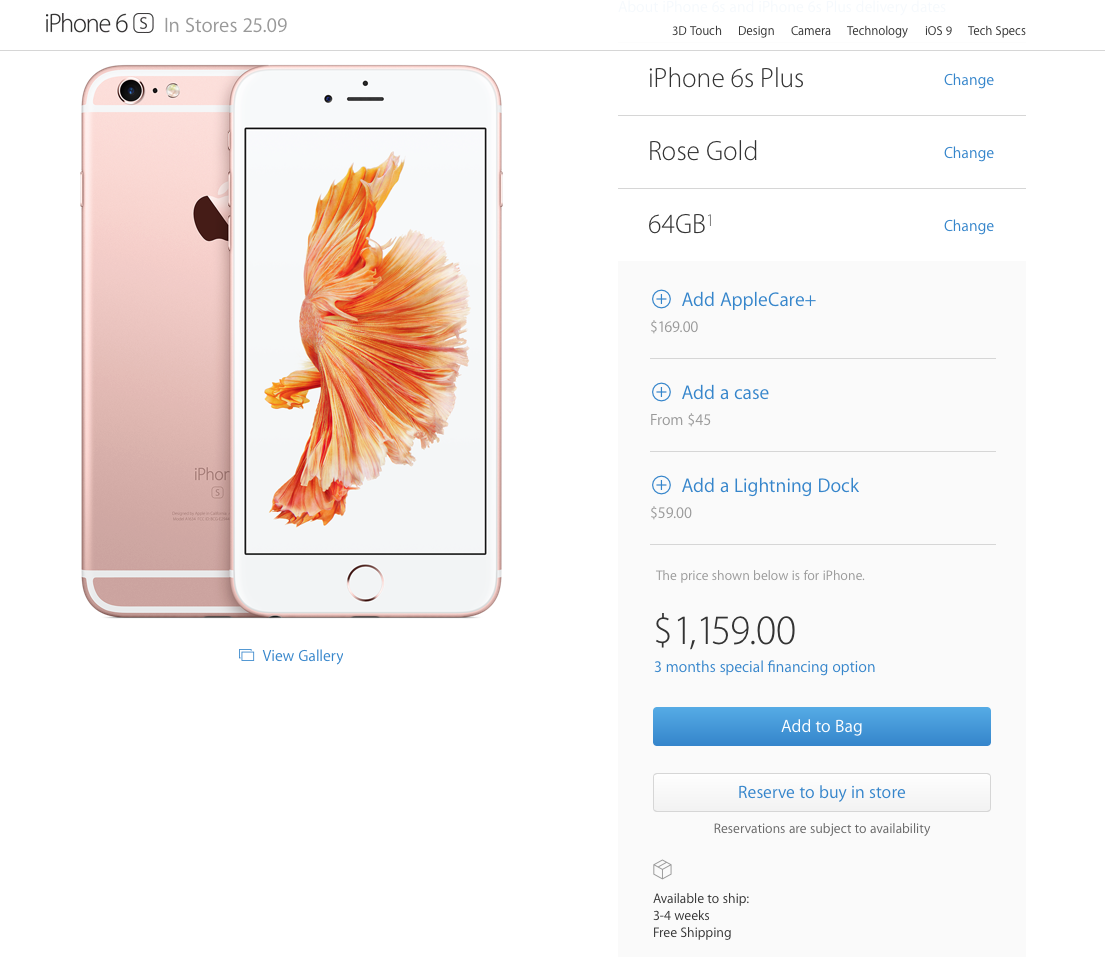 iPhone 6s and 6s Plus sales are on track to break last year’s record, Apple told CNBC this morning. Last September, Apple sold 10 million units during the first weekend of iPhone 6 and 6 Plus availability.

Customer response to iPhone 6s and iPhone 6s Plus has been extremely positive and preorders this weekend were very strong around the world,” the company said in a statement. “We are on pace to beat last year’s 10 million unit first-weekend record when the new iPhones go on sale September 25.”

“As many customers noticed, the online demand for iPhone 6s Plus has been exceptionally strong and exceeded our own forecasts for the preorder period.,” the company said Monday. “We are working to catch up as quickly as we can, and we will have iPhone 6s Plus as well as iPhone 6s units available at Apple retail stores when they open next Friday.”

Following the first weekend of pre-orders, Apple announced last year that it had received more than 4 million pre-orders for the iPhone 6 and 6 Plus, and that it had sold more than 10 million units in the first three days of availability. We must note that the iPhone 6 and 6 Plus launched in 9 countries, while this year Apple included 12 countries in the first wave of iPhone 6s and 6s Plus launch (China is on the list).