After launching a repair program for some iPhone 6s users experiencing unexpected shutdowns, Apple has finally added a serial number checker to the program page, making it much easier for customers to check whether their device is eligible for a free battery replacement (via MacRumors). 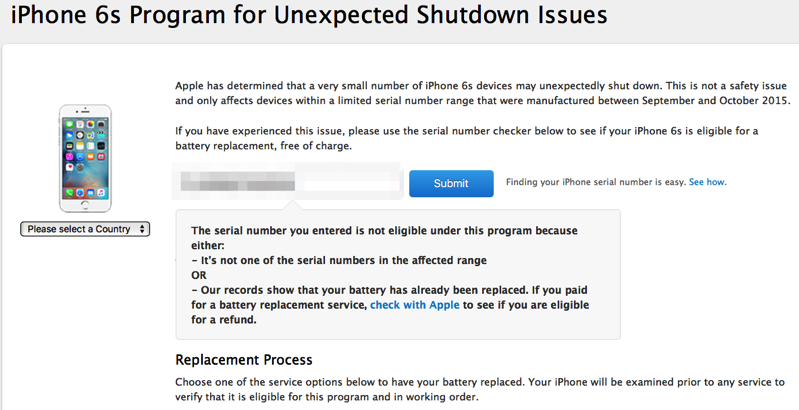 Apple’s program says if existing users had already paid for a battery replacement, the company will refund the cost.

You can click here to check out the iPhone 6s repair page and check if your serial is eligible or not.