As the iPhone 8 and 8 Plus go on sale, questions remain over the demand for Apple’s latest offering with smaller crowds outside stores and muted customer reaction in Asia so far. 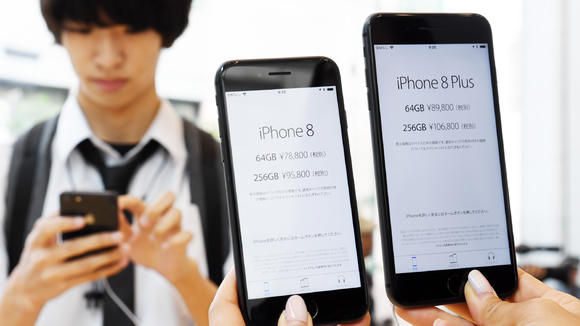 According to a report from Reuters, queues outside several Apple flagship stores in Asia were smaller than usual today, and many people think this smaller-than-expected turnout is due to another device being released later this year.

For the iPhone 8, the question remains whether buyers that simply must have the latest iPhone – a status symbol for many – will instead wait for the $1300 CAD iPhone X to be released in November, which was announced alongside the iPhone 8 and 8 Plus and overshadows today’s sales.

Mazen Kourouche, who was first in queue after lining up 11 days outside the store so he could buy and review the product on YouTube, said there were modest refinements to the iPhone 8.

“(It) is pretty similar to the iPhone 7 but it shoots 4k 60 frames per second and it’s got a new glass back instead of the metal which is apparently more durable,” he told Reuters. “There aren’t too many new features to this one.”

While the iPhone 8 is extremely similar in design to previous generations of the device that has remained consistent since 2014’s iPhone 6, the iPhone X features Apple’s most radical design change since its flagship smartphone’s inception in 2007. The iPhone X drops the iPhone’s home button for the first time, as well as the fingerprint scanner, has facial recognition and an eye-catching all-screen front.

According to Francisco Jeronimo, research director for European mobile devices for IDC: “When you have a device that is already highly priced, consumers typically prefer to wait for the best one, rather than buy one that is brand new but not the latest because Apple decided to launch the iPhone X.”