iPhone 8, iPhone 8 Plus Pre-Orders Have Shipped in Canada

Earlier this morning, Apple sent out shipment notifications for iPhone 8 and iPhone 8 Plus pre-orders in Canada, with deliveries set to arrive on launch day, Friday, September 22. 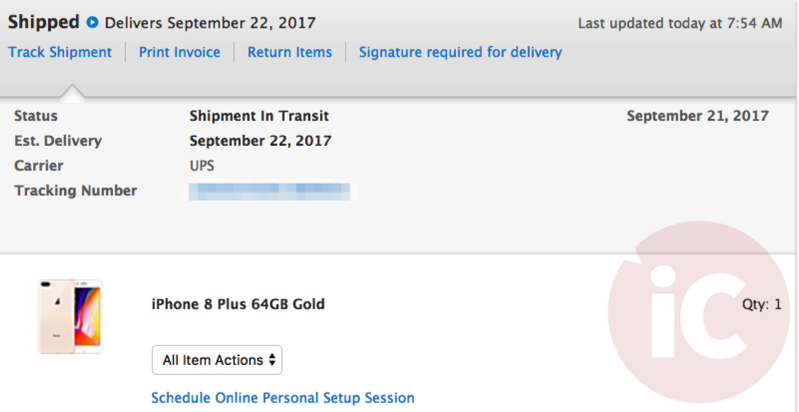 Some shipments are being delivered by UPS, with tracking numbers provided to customers via Apple’s order status page.

Also expected to delivery tomorrow include Apple Watch Series 3 and Apple TV 4K pre-orders. While iPhone 8 and iPhone 8 Plus look like good upgrades for those with older iPhone models, the real excitement seems to be for iPhone X, which doesn’t start pre-orders until October 27th.

Have your pre-orders shipped yet?