iPhone 8 to Ship “At a Later Time” After iPhone 7s: TechCrunch

Could we see the more expensive ‘iPhone 8’ ship later than the iPhone 7s? It sure seems that way according to reports published today. 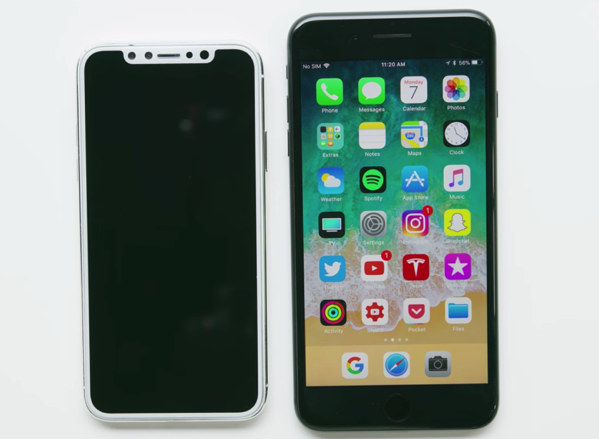 First it was the Wall Street Journal citing production delays this morning, and now TechCrunch is hearing from sources iPhone 8 will also ship later than expected, in their story titled “High-end iPhone to ship after standard models”:

Apple is preparing to announce a new series of iPhone at an event next week. Two models are on tap and TechCrunch has learned from trusted sources the more expensive, fancier version will ship at a later time.

It is said that only Samsung’s OLED technology is being used for the higher-end iPhone 8, as other manufacturers such as LG lag behind when it comes to yield results for Apple’s complex displays, with the former able to charge the iPhone maker a premium price versus traditional LCD screens.

As far back as April we’ve heard about iPhone 8 shortages, with KGI Securities analyst Ming-Chi Kuo claiming OLED production could push back shipping dates to October and November, which was echoed by the Economic Daily News in July.

Conspiracy theorists would say this is Apple leaking hints to the press to build expectations on iPhone 8 supply and ship dates, but let’s wait until next week’s special event to learn just how long we’ll have to wait.

Amazon announced today it will stream 25 James Bond films on Prime Video beginning on October 5, 2022. According to the company, these 25 Bond films set to stream in Canada, the U.S., UK and other key territories is part of the 60th anniversary celebration of the iconic film franchise. Also coming is The Sound […]
Gary Ng
8 mins ago