Back in March, Apple expanded their iPhone trade-in program to accept Android and BlackBerry devices. The program originally made its way to Canada last year.

Apple has updated its trade-in program website to note Canadians can “Trade in your current smartphone and get up to $415” in credit ($320 in the US) towards the purchase of a new iPhone. Customers can either bring their existing phones to Apple Stores or trade-in online for an Apple Store Gift Card.

The return of stating a maximum trade-in value on the company’s website most likely will encourage many to participate, either for in-store credit or an Apple Gift Card.

Mobile phone distributor BrightStar is handling Apple’s trade-in program and is also managing the online program, which will pay for postage and handling to mail in customer devices, in exchange for a gift card. To get the maximum value of $415, that can be applied to an iPhone 6 Plus in 64GB or 128GB in good working condition: 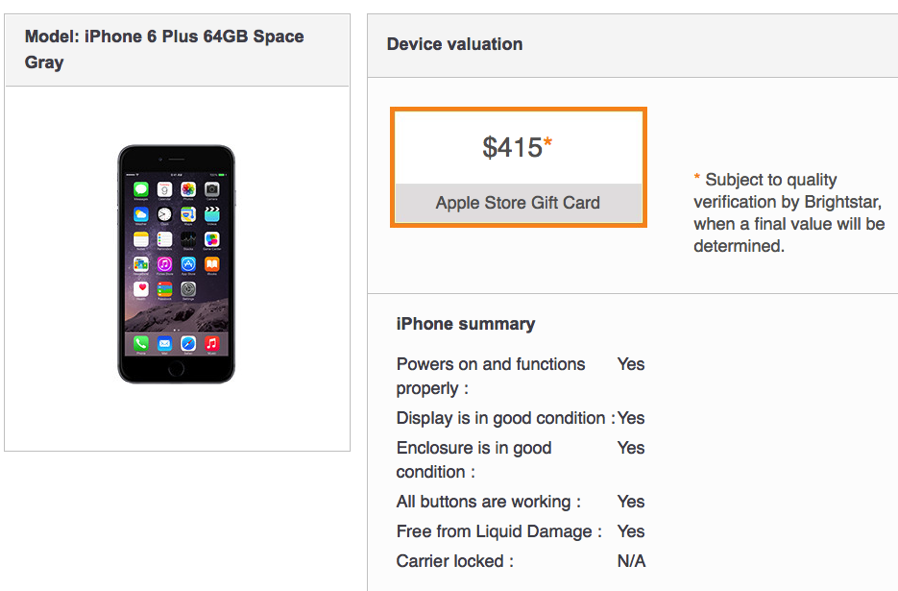 While the trade-in program offers less value for your used iPhone versus going the route of eBay or Craigslist, some cannot be bothered to sell their devices this way.

Just this week customers noted the company started to send out push notifications to encourage people to upgrade to newer iPhone 6s models, when visiting the App Store on their older devices.