When can you pre-order Apple’s latest iPhone Xr with 6.1-inch Liquid Retina display? Apple says Canadians will be able to pre-order the iPhone Xr on Friday, October 19 at 12:01AM PDT/3:01AM EDT.

The aluminium iPhone Xr will launch one week later on Friday, October 26, 2018. 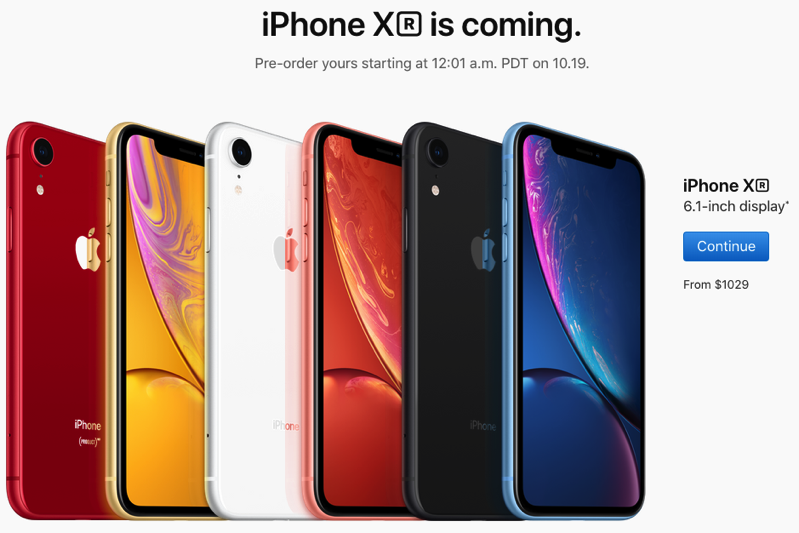 The iPhone Xr looks to target those upgrading to a “Plus”-sized iPhone, but want Apple’s latest technologies, except for an OLED display and dual-rear cameras, for example, at a lower price point than the iPhone Xs and iPhone Xs Max.

With six new colours (white, black, blue, yellow, coral, (PRODUCT)RED), the iPhone Xr may also be popular for those uninterested in the silver, space gray and gold options with iPhone Xs.

The best way to pre-order the iPhone Xr is to set up the Apple Store iOS app, as it’s much faster and easier to check out versus using Apple’s website.