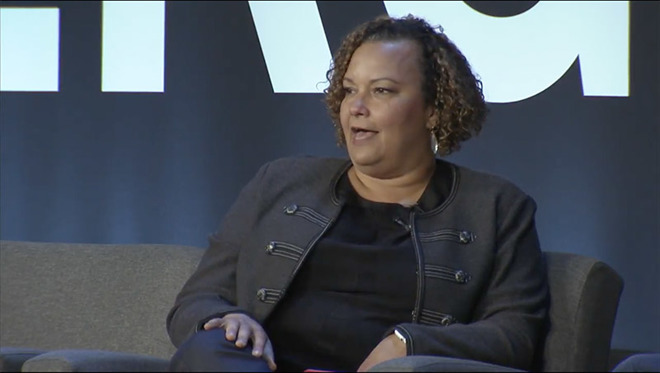 According to a new report from Apple Insider, Jackson spoke about Apple’s desire to reduce carbon dioxide emissions through new models of industrial production in which it’s no longer necessary to produce CO2.

Jackson used the form factors of both the iPhone 8 and the iPhone X as examples, which both share a design featuring glass layers for the rear body on top of matching frames of aluminum. Aluminum smelting is a procedure that generally produces CO2 emissions in a typical industrial plant, but Apple has succeeded in reducing the impact of this process through particular precautions in design and making use of renewable technologies.

Apple combines data from production, use, transport, and recycling in relation to greenhouse gas emissions in order to provide a clearer picture into the company’s carbon footprint. The data is based on average values in materials, production processes, electricity, and transportation.

Apple makes use of a so-called “life cycle assessment” which combines this specific data of a given product with its emissions data, allowing them to calculate the actual greenhouse gas emissions associated with that product.

According to Jackson, this year’s carbon footprint for the packaging in the iPhone 8 and iPhone X has been reduced by more than 50% compared to iPhone 7, mainly due to plastic reduction. This reduction is the result of a smaller box design and the use of suppliers that use responsibly managed materials for packaging (recycled paper, bamboo, and sugar cane waste).

Jackson concluded the interview by stating Apple‘s desire to create an entirely closed-cycle supply chain in which the company can build new products using only recycled materials, starting from old devices. While Jackson could note say when this goal could be realized, she did say that Apple is mor focused on making this happen than ever before.

Check out Lisa Jackson’s full interview at the GreenBiz VERGE conference below.