On Friday morning, Samsung Group’s chief Lee Jae-Yong was arrested on allegations of bribery, embezzlement, and perjury. He has been arrested in connection with South Korea’s ongoing corruption scandal, according to a new report from Bloomberg. 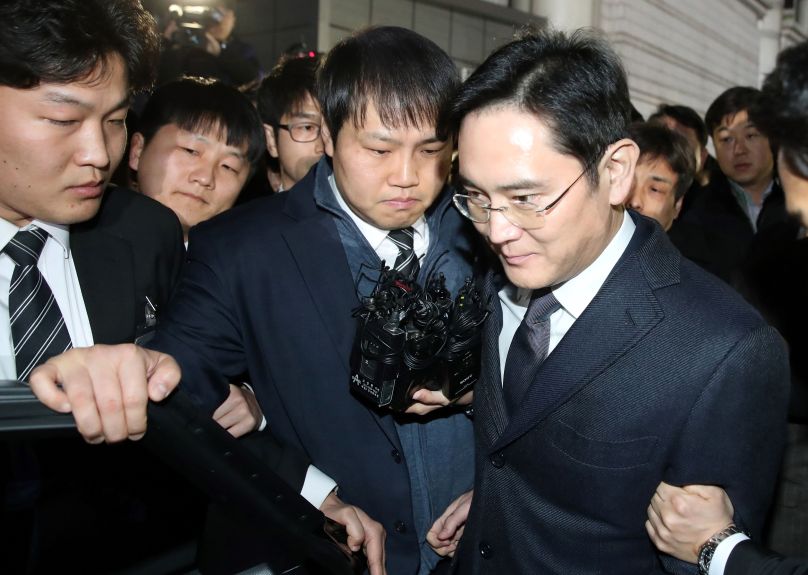 Lee was taken into custody after the Seoul Central District Court issued a warrant for his arrest. According to media reports, the court said in a statement: “It is acknowledged that it is necessary to arrest [Lee Jae-Yong] in light of a newly added criminal charge and new evidence.”

The 48-year-old heir apparent to the Samsung empire was taken into custody after the courts, which had rejected a special prosecutor’s first request, granted a second request to issue a warrant for his detention.

Investigators are to determine if Lee, who is also vice chairman of Samsung Electronics Co, was involved in paying $38 million (35.6 million euros) to benefit a close friend of the country’s President Park Geun-hye. The deal is alleged to have been made in exchange for government support of Lee’s management succession in the sprawling Samsung group.

That means that both the head of South Korea’s largest conglomerate and the country’s president have fallen – at least temporarily – in the widening scandal that revolves around allegations of bribery and influence at the highest levels.

“The rationale for and the necessity of his arrest is acknowledged considering the new charges and additional evidence collected,” Seoul Central District Court said in a text message sent to reporters, according to the Yonhap News Agency.

In a one-line statement, Samsung said: “We will do our best to ensure that the truth is revealed in future court proceedings.”

Samsung is set to release its Galaxy S8 smartphone soon, to again take on Apple’s iPhone.