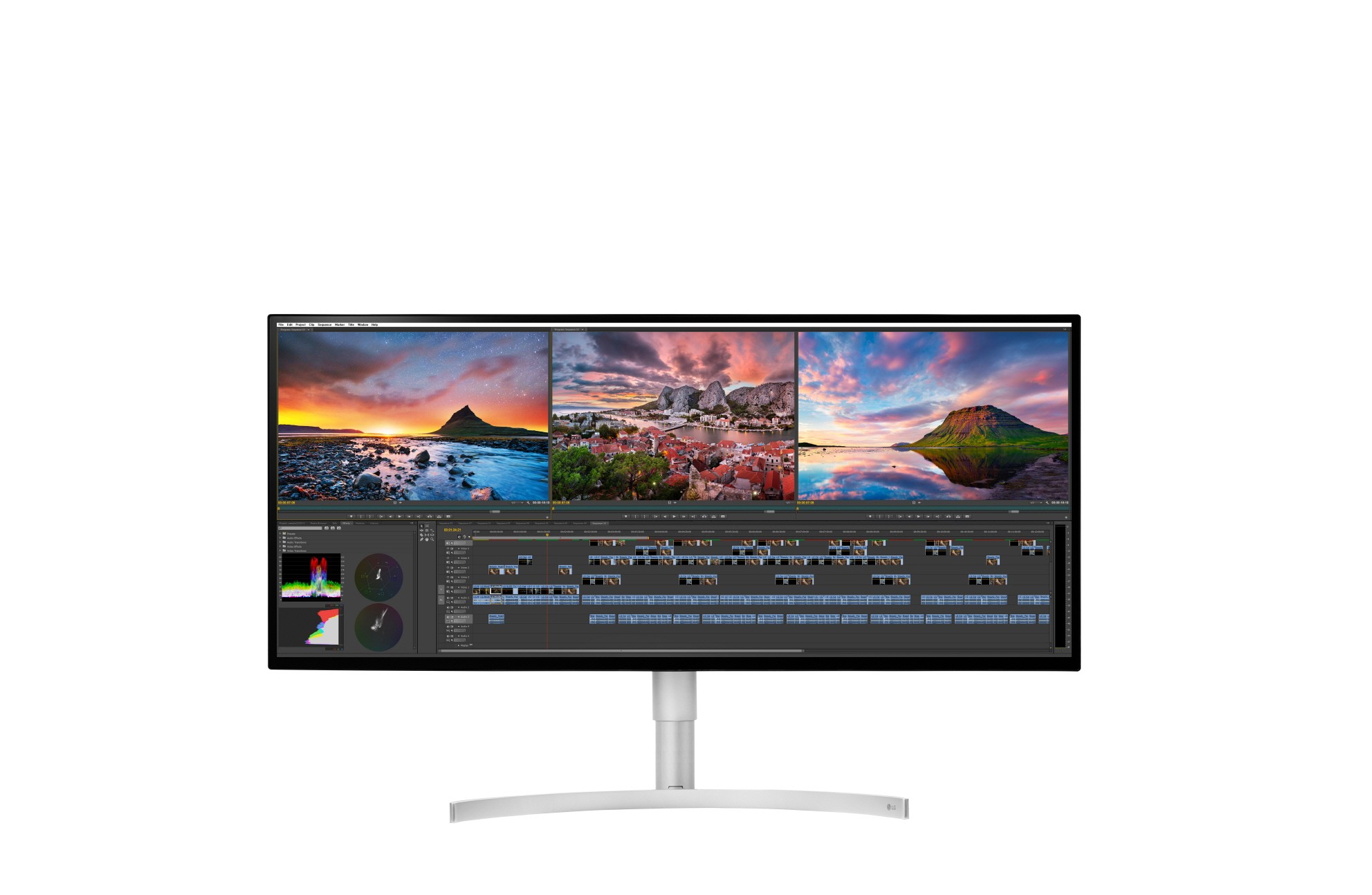 LG is actually touting two new monitors launching next year. The first is the 32UK950, which is a 32-inch UHD monitor with a 4K resolution. It can display 98 percent of the DCI-P3 color spectrum and supports HDR 600, although it’s unconfirmed whether this is LG’s own reference to HDR support or the official VESA certified DisplayHDR 600 standard Samsung’s 34-inch CHG90 monitor recently achieved.

LG’s model 34WK95U will be company’s first 5K UltraWide monitor with 21:9 aspect ratio. Targeted at video editors, photographers and software and app developers, the display sports a number of high-end features, including a Thunderbolt 3 port on the device which enables transmission of 5K resolution images at 60Hz with a single cable. The display also features four-side edge borderless design and slim Edge-ArcLine Stand.

“Most of us spend hundreds of hours in front of monitors every month and yet it’s one of the least likely products to get upgraded when higher productivity is desired. With these latest premium monitors from LG, we wanted to communicate that LG is absolutely committed to delivering the best possible screen resolution and the best user experience on a desk or workspace,” said Chang Ik-hwan, head of LG’s IT business division in a press statement.

No availability or pricing information has been released as of writing, but LG will be showing off the new monitors at CES in Las Vegas next month.