Google is celebrating Marshall McLuhan’s 106th birthday with a new doodle Friday. McLuhan, a Canadian philosopher and professor who specialized in media theory, is known as the man who “saw the internet coming.” 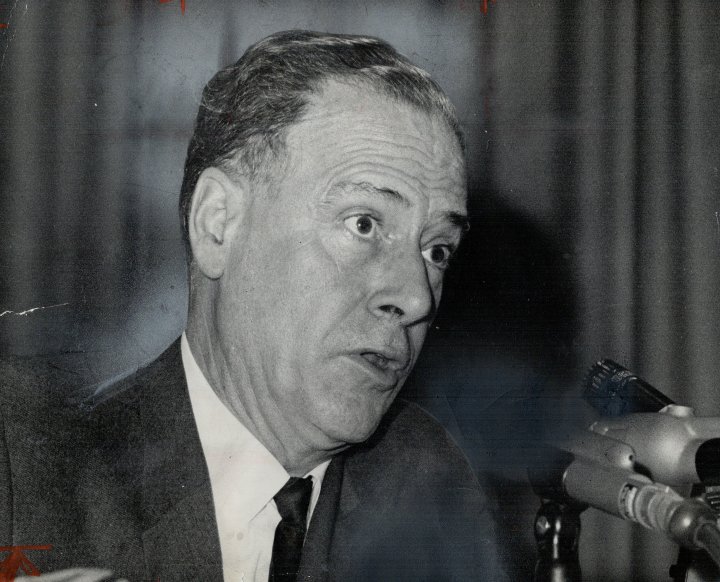 McLuhan didn’t just theorize we’d be interconnected in the way the Internet allows, he also speculated on how it would impact our society. He’s known for coining the term ‘global village’, a now common phrase we use to describe the speed at which information travels across world thanks to the Internet.

His work largely focused on his theory that society is irrevocably shaped by technology and how information is transmitted and shared. McLuhan even went so far as to reclassify the eras in recent human history based on that theory – the acoustic age (information shared by word of mouth), the literary age, print age, and electronic age. That’s what the different slides in Google’s Doodle today represents.

His famous phrase “the medium is the message” means the way we try to convey a message influences the way any message is understood – and in some ways is more important than the message itself.

McLuhan anticipated many aspects of modern culture, and famously said, “First we build the tools, then they build us.” He predicted that technology would allow the consumers of content to start producing the content themselves.

Almost 30 years before the internet was born, his book The Gutenberg Galaxy prophesied the web technology seen today.

He wrote: “The next medium, whatever it is—it may be the extension of consciousness—will include television as its content, not as its environment, and will transform television into an art form.”

“A computer as a research and communication instrument could enhance retrieval, obsolesce mass library organization, retrieve the individual’s encyclopedic function and flip into a private line to speedily tailored data of a salable kind.” Sound familiar?