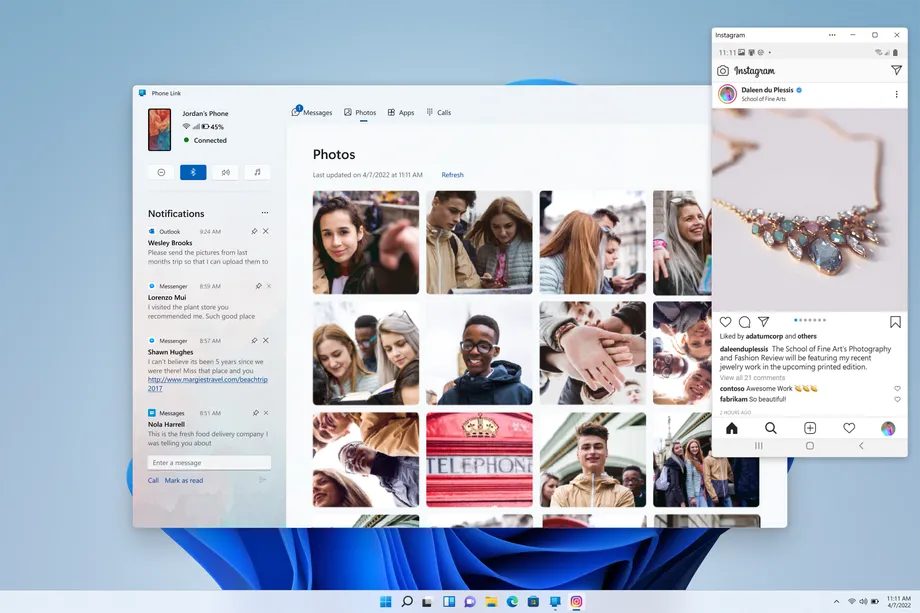 Microsoft has announced a massive overhaul of the ‘Your Phone’ Android companion app for Windows, complete with an aesthetic facelift to match Windows 11 and a name change to ‘Phone Link’ — reports The Verge.

Your Phone launched over three years ago and lets Windows users connect to an Android phone, giving them access to their notifications, texts, calls, photos, and more right from their PC. The app even lets you use some Android apps on your computer — a touchy subject for Windows 11, but one Microsoft has recently made some progress with.

The redesigned app also brings changes to the User Interface. The notification panel is now situated upfront and has been streamlined a fair bit, and Microsoft has moved the Messages, Photos, Apps, and Calls sections into a navigation bar located at the top of the app.

All of the changes are available in the latest Phone Link update, which is rolling out today. With the next Windows 11 update, Phone Link users will even be able to sync their Android phones by simply scanning a QR code during setup.

The Your Phone Companion app for Android has been accordingly rebranded to Link to Windows. Microsoft has also announced it is expanding Phone Link availability to China, made possible by a partnership with Honor.