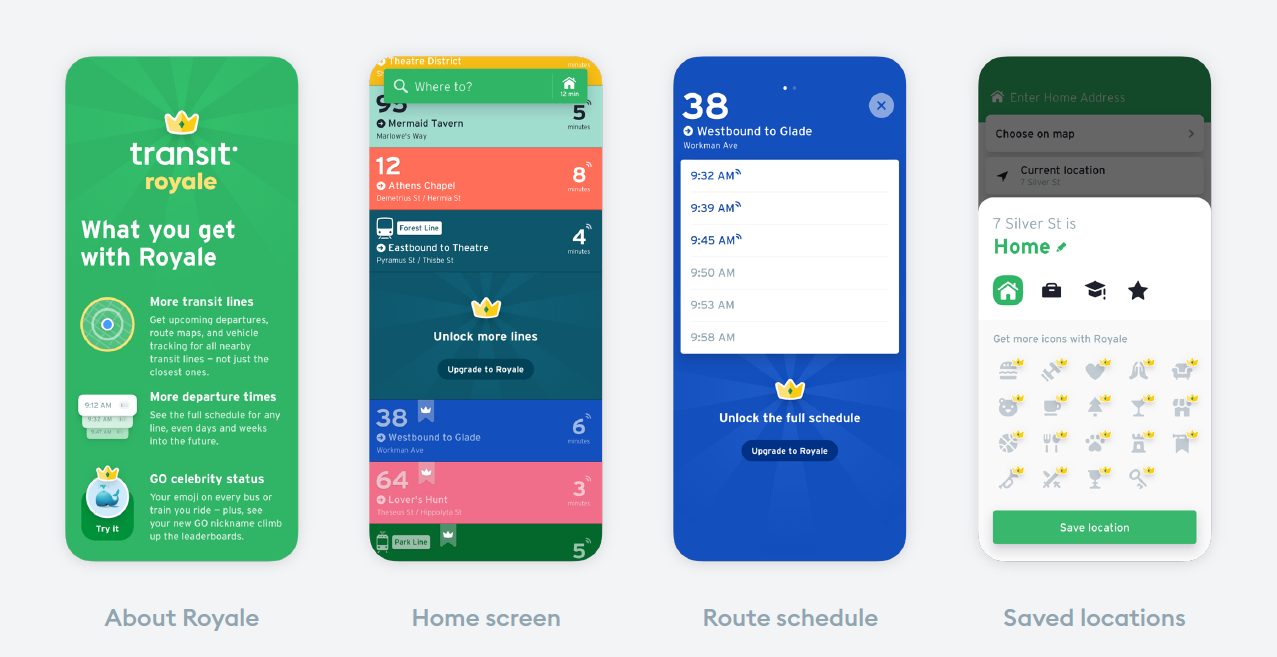 In August 2021, the app’s makers launched Transit Royale — a subscription service that offers full departure schedules, maps for transit lines in every city the app operates in, special app themes, and customizable icons based on transit systems from different parts of the world.

Transit riders pay a monthly or a discounted yearly price to subscribe to Transit Royale.

Transit Royale subscribers even get a custom avatar and nickname to represent them in leaderboards for the app’s crowdsourced, real-time GO feature.

Cornwall Transit and Milton Transit were both a part of the latest wave of agencies to partner with the platform. Take a look at the full list below:

“With a subscription to Transit Royale, agencies are giving their riders a first-class app experience with complete Mobility-as-a-Service functionality and getting insights from their ridership that can’t be found anywhere else,” Transit said in an issued statement.

The Transit app empowers local transit agencies to develop a complete Mobility-as-a-Service (MaaS) experience for their riders. Milton Transit, along with C-TRAN, Golden Empire Transit, LA Metro, RideKC, and UTA, for example, is integrating on-demand micro-transit into the Transit app to give its riders the ability to plan complete trips that connect with fixed-route service.