Shortly after Apple announced support for the forthcoming Made for iPhone (MFi) program, the first game controller designed for iPhone was leaked by Logitech. Logitech isn’t, however, the only one developing such an accessory: Evleaks today today two close-up shots of Moga’s forthcoming game controller made for the iPhone.

Apparently — as Evleaks highlights in a tweet — the accessory will be named Moga Ace Power because the controller reportedly includes an integrated 1800 mAh battery. Furthermore, as the image reveals, beyond traditional D-pad, the controller also will sport dual thumbsticks, one each on the left and the right side of the accessory. 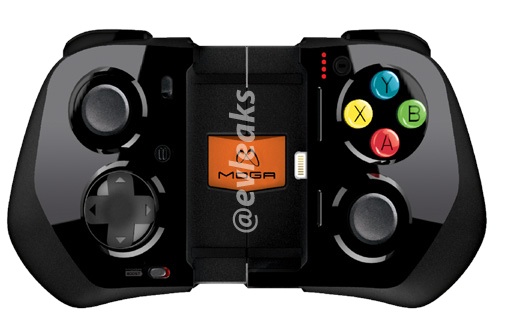 Apple has yet to announce the official MFi program launch for game controllers, but recent leaks have shown that manufacturers are preparing their iPhone accessory for that moment. In fact, there are a couple of official MFi licensees already, which suggests that a product launch could be imminent.

Tapbots, creators of the award-winning Tweetbot for Twitter, have just released their new 'Ivory’ app for Mastodon, which is now available to download for iPhone and iPad. "We obsess over every detail and put good design and experience first,” note the developers. " If you liked Tweetbot, you’ll love Ivory!" The app offers a gorgeous visual...
Usman Qureshi
10 hours ago

In a little over 2 years, the U.S. Department of Justice has filed its second antitrust lawsuit against Google, this time targeting the search engine giant's advertising business (via CNBC). The new lawsuit is focused on the company’s online advertising business and seeks to make Google divest parts of the business. This antitrust suit, the news of...
Usman Qureshi
10 hours ago