Apple may be planning to unveil a $250 USD Beats product (presumably a speaker) that will feature Siri integration much like the HomePod. According to Munster, this product will allow Apple to “advance its digital assistant ambitions.” 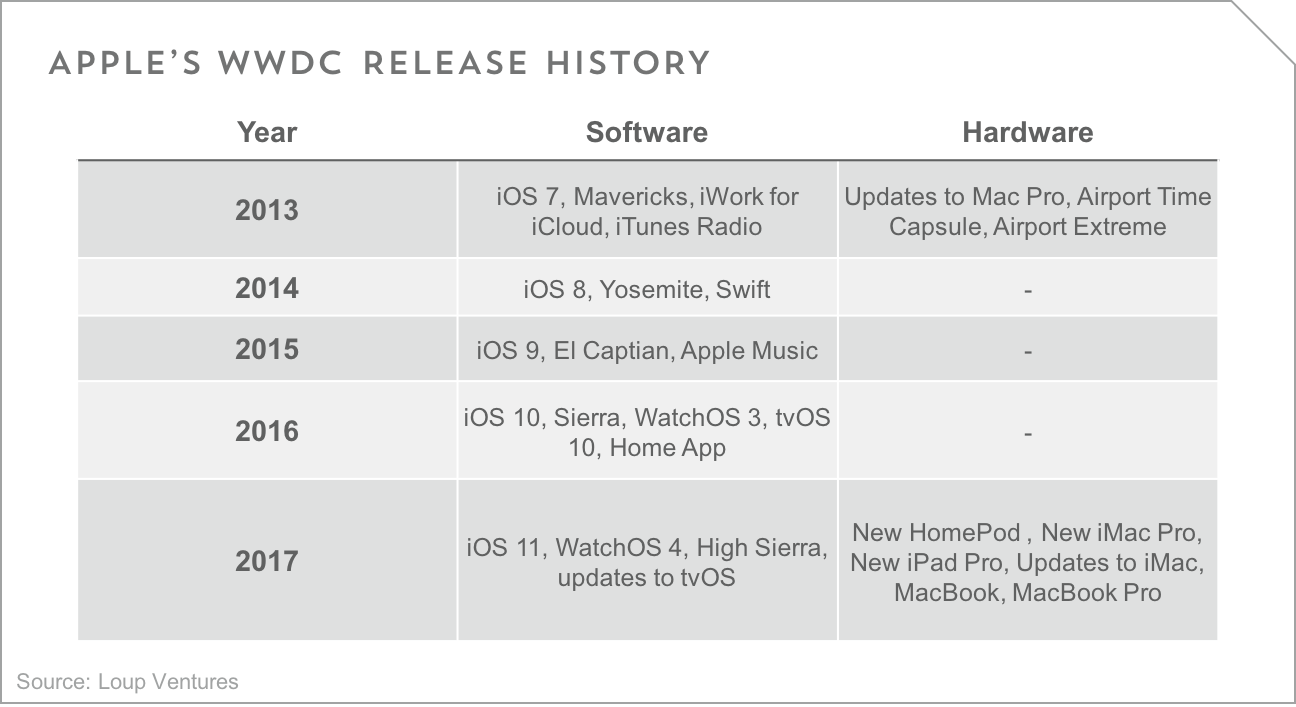 Apple will also announce new domains for CoreML, the machine learning SDK that Apple introduced with the launch of iOS 11. While Munster doesn’t have any predictions as to what these new domains might be, CoreML currently features developer tools such as face detection, handwriting recognition, realtime image recognition, and more.

The analyst predicts that Apple’s upcoming iOS 12 will feature a device management tool that will help users manage screen time and digital anxiety, along with improvements to data-sharing transparency.

Overall, a focus on ARKit and ML Core seems obvious, while a better Siri for HomePod will certainly be welcome if Apple chooses to introduce it. It’s important to take all of these prediction with a grain of salt until next Monday. After all, as Munster himself notes: “We express no warranties about any estimates or opinions we make.”

Apple, Google, Amazon, Meta, and Microsoft have all joined the University of Illinois (UIUC)'s Speech Accessibility Project to improve voice recognition algorithms for users with disabilities that affect speech and those with diverse speech patterns — reports Engadget. The tech giants are also joined by nonprofits like The Davis Phinney Foundation and Team Gleason in...
Nehal Malik
22 mins ago