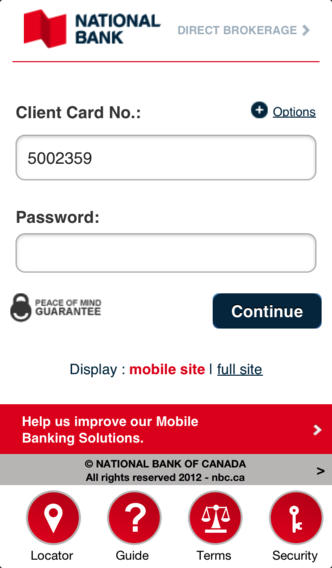 “With mobile devices now the fastest growing channel for consumer e-banking, National Bank has worked diligently to ensure that key online features available on traditional computers can also be accessible while on the go”

“This year the Bank launched a banking application for Android phones to complement our iPhone and iPod Touch offering. We also launched a device for BlackBerry phones. In addition, on iPad, we now feature Investment Track, an easy-to-use tool, that helps clients understand the scope and importance of retirement planning. We are committed to providing clients with a variety of mobile services to improve their consumer experience.”