Apple’s new Freeform app enables real-time collaboration across many users and devices. It is currently available in the developer beta program and should be released to the public with iOS 16.2, iPadOS 16.2, and macOS 13.1. 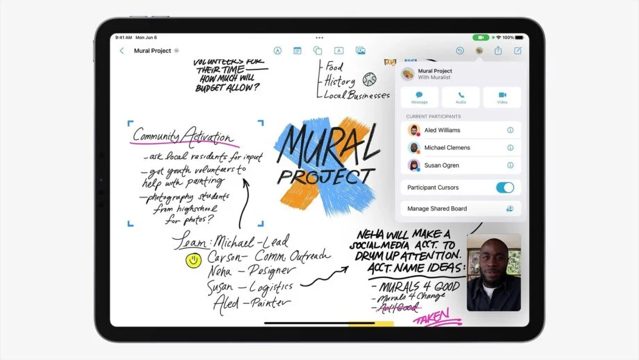 Freeform gives users the ability to see, share, and collaborate all in one place without worrying about layouts and page sizes, and with full support for Apple Pencil.

You can use your Freeform canvas to brainstorm ideas, bring together assets, or simply sketch and jot down your thoughts with others in real time on a virtual whiteboard.

“Users can view others’ contributions as they add content or make edits, all while enjoying a real-time collaboration space,” as described by Apple.

While Apple Pencil support and the larger display means the feature is very well-suited to the iPad, Freeform is also launching across the iPhone and Mac. The app comes pre-installed on iOS 16.2 beta 1 on both iPhone and iPad.

Once you install the update, you’ll notice a new Freeform toggle in Settings > Profile > Show All that controls syncing within the app.

Freeform will be available on the following devices:

In the meantime, check out YouTuber Christopher Lawley’s hands-on look at Apple’s new productivity app and let us know what you think.