As spotted by MacRumors, the first-generation Apple Pencil USB-C to Lightning Adapter for the new 2022 iPad 10 is already facing a 3-4 week shipping delay on Apple’s online store for orders placed today. 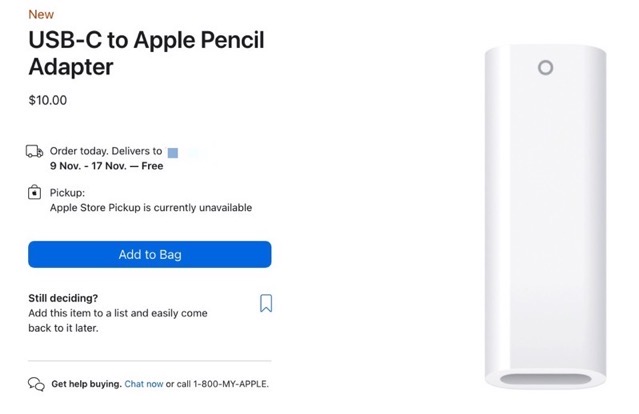 The new 10th-generation iPad features a USB-C port instead of Lighting, which is why this adapter is required to use the first-generation Apple Pencil with it.

Although Apple is now including the adapter in the box with the first-generation Apple Pencil, existing customers need to buy the adapter separately for $10.

Apple should ideally provide a checkout option for new 2022 iPad buyers to get this adapter for free, but sadly that’s not true. Although you can order one right now for $10 on Apple.ca ahead of the new iPad’s launch on October 26.