Prior to the WWDC 2011 keynote, rumours of Nuance integration in iOS 5 were in full force. However, after the WWDC keynote was all said and done, we saw nothing.

Take a look at the screenshots below: 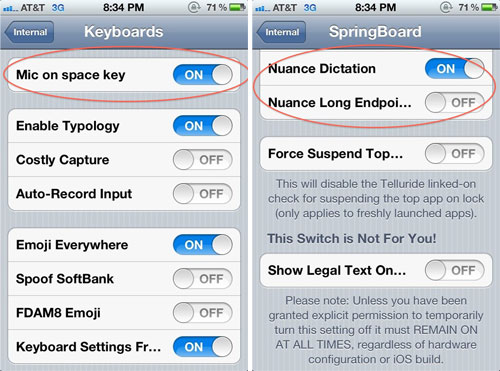 TechCrunch notes that Robert Scoble has stated his twitter sources also told him Siri integration was complete but not finished in time for the keynote. When iOS 5 launches this Fall, could we see Apple debut long awaited voice integration?