Formerly known as Read It Later, Pocket has announced it has surpassed 10 million users as of this morning:

I still remember watching the number tick over to the first million users. I sat in awe seeing firsthand that a simple idea had resonated and solved a real problem for so many people.

A lot has changed since that first million but our purpose has always remained the same: to allow people to save and view the content that is interesting to them on any device, at any time. 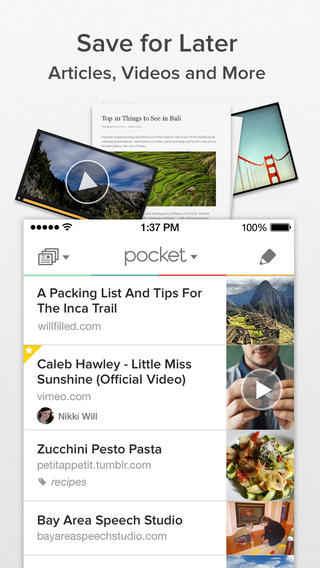 Recently updated for iOS 7, Pocket announced back in April it was now sharing over 35 million items per month, on pace to probably 420 million or more shares for 2013, on its path to double its 240 million saved items from 2012.