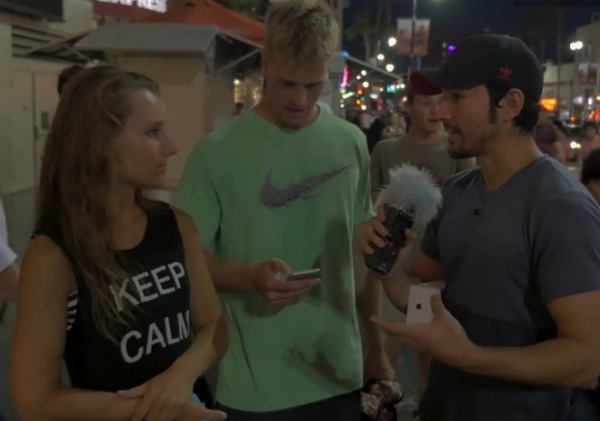 If you haven’t seen it by now, there’s an iPhone 6 clone being sold in China running a heavily skinned version of Android to look like iOS 8. Last week we saw the lengths clone makers are going to, in particular when it comes to creating a real ‘unboxing’ experience.

YouTube channel TLD decided to take his working iPhone 6 clone and his ‘official’ box to the streets to see what reactions he could get out of people.

Watch these people get blown away (they are calling a laggy version of Android ‘fast’) and TLD creator Jonathan Morrison spew random specs to these people (8K display!), who soak up every minute of it (until the end):

Apple is all but ready to announce its iPhone 6 at an event on September 9. Get your wallets ready, folks.